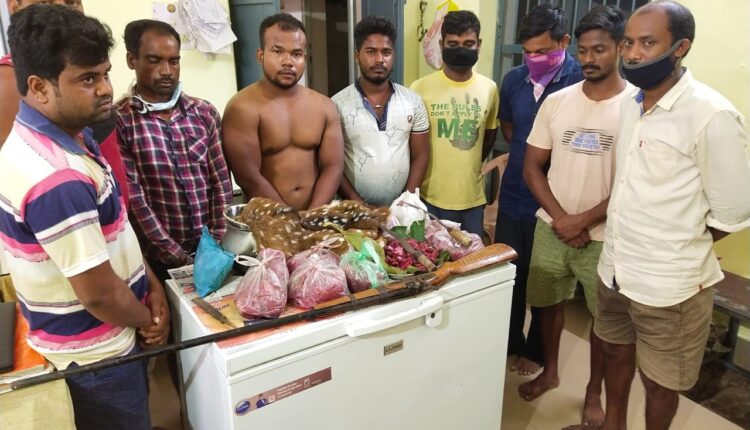 Bhubaneswar: Police today arrested 9 persons and seized deer meat, skin and firearms from their possession during a raid at Chandaka area in Bhubaneswar.

According to reports, Chandaka Police raided a house belonging to Ganda Hembram at Phirikinali area today after receiving an information regarding possession of illegal firearms.

During the raid, police seized approximately 11 kg deer meat and a skin of a spotted deer from the spot. The officials recovered a country made gun and ammunition like gun powder and 10 leads and one knife from possession of the accused persons.

All the accused persons have been booked under section 25 of Arms Act. The wild animal meat and spotted deer skin have been handed over to forest department for follow up action under Wildlife Act, Chandaka police said.