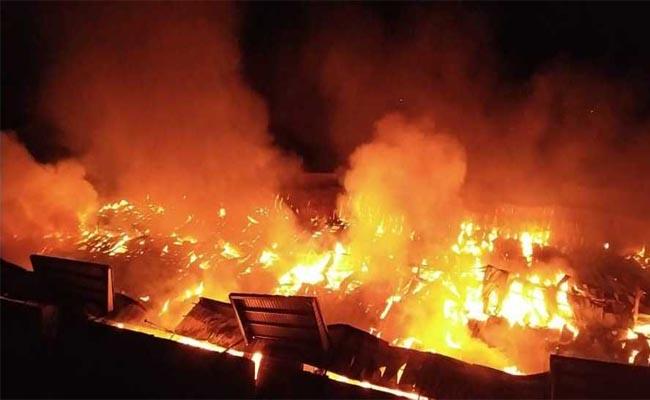 Hyderabad: Rescue efforts are on to rescue nine persons trapped in a fire mishap at TS Genco’s hydel power station at Srisailam left bank canal in Nagarkurnool district of Telangana.

The incident is reported to have taken place late on Thursday. Initial reports indicate that a short circuit led to the fire and thick smoke engulfing the spot.

Of the 17 persons reported to be present at the spot, 8 persons escaped to safety through a tunnel. Those trapped include six TS Genco employees and three private company employees.

Firefighters were rushed to the spot and trying to rescue the trapped including a deputy engineer and assistant engineers. Officials said thick smoke is hampering rescue operations.

Reddy said that the mishap occurred in the first unit of the power station and four panels were damaged. He said that rescue personnel was unable to enter the tunnel due to thick smoke.

Rescue personnel is being brought in from the Singareni collieries to support the rescue operations.

Power generation operations at the power station have been suspended following the incident.

The Srisailam dam is located across the Krishna river which serves as the border between Telangana and Andhra Pradesh.