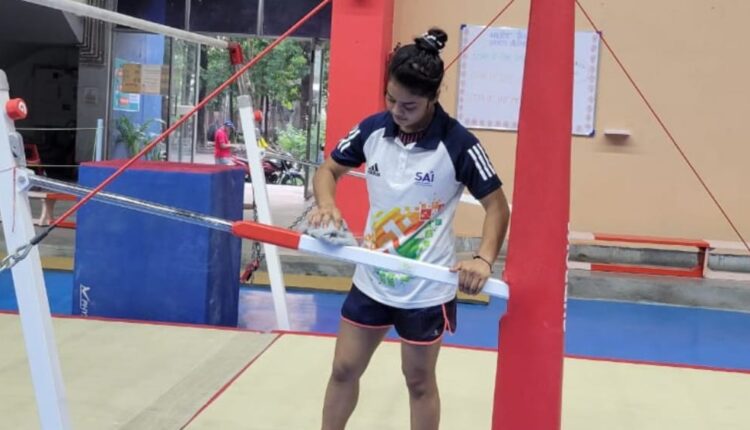 Mumbai: India’s Pranati Nayak has bagged a bronze medal in the vault section of the 9th Asian Artistic Gymnastics Championships in Doha, Qatar. This is Pranati’s second medal in the Asian Championships, making her the only Indian to win two medals in the Continental Championships.

Pranati, 27, who competed in last year’s Tokyo Olympics, continued to impress as she came up with scores of 13.400 and 13.367 in the first and second vault respectively. She thus finished with an overall score of 13.367 at Doha on Friday evening.

With this score, Pranati finished behind South Korea’s Yeo Seo-Jeong (14.084) and Shoko Miyata (13.884) of Japan, who claimed gold and silver, respectively.

This is Pranati’s second medal in the Asian Championships, adding to the bronze she won in the 2019 edition in Ulaanbaatar, Mongolia.

She thus became the first Indian gymnast to win two medals in the Continental Championships. Ashish Kumar had won a bronze medal in the floor exercise in 2006 in Surat while Dipa Karmakar, who finished fourth in the Rio Olympic Games, claimed a bronze in 2015 in Hiroshima, Japan, making it four medals in all in the Asian Championships.

With this, Pranati also qualified for the World Artistic Gymnastics Championships to be held in Liverpool, UK, in October-November this year.

India have sent an eight-member contingent � four men and four women � to participate in the 9th Asian championships.