A Day of Accidents: 9 killed, 4 injured in separate road mishaps in Odisha 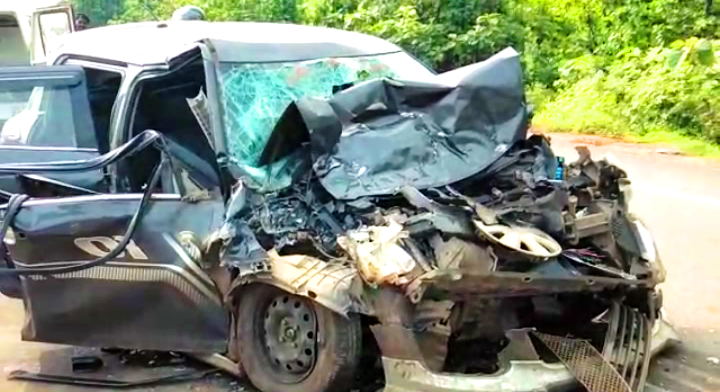 Bhubaneswar: Saturday turned out to be fateful after as many as nine persons lost their lives in separate road mishaps reported in the state today.

As per reports, three youth died while two others were critically injured after the car they were travelling in crashed with an unidentified truck   on NH-149 at Naikanali village under Samal police limits in Angul district this morning.

The incident took place when the five youth were returning to Rourkela after attending a wedding party in Jankia area of Khordha district.

In a separate incident, two persons were killed while another suffered injuries after the bike they were travelling in skidded of a road and fell 10 feet down near Champakhiri in Malkangiri district.

The incident took place when the trio was returning to their houses on a bike after witnessing Bahuda Jatra in Mathili area of the district late last night.

Also read: 2 dead, another injured as bike plunges 10 ft down in Odisha

In another freak accident, two persons died in a head-on collision between a motorcycle and an auto-rickshaw at Dakra village under Sadar police station in Koraput district.

In Keonjhar, an engineer died after the bike he was was riding on was hit by an unidentified vehicle Rengalabada area under Turumunga police limits late last night. Today morning, his body was found lying on the road. Moreover, it is alleged that some miscreants stole cash and mobile phone from the youth after the accident.

In another road mishap, a person died while another was injured after the bike collided with a private bus at Bira Harekrushnapur in Puri district today.