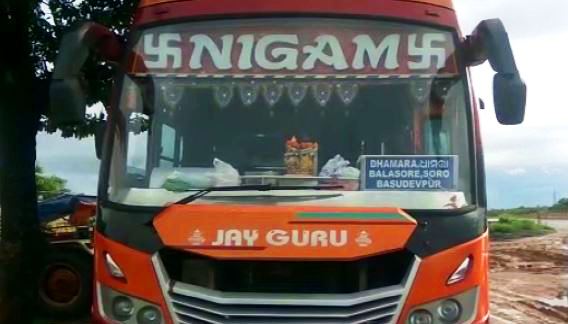 Balasore: Odisha cops today busted illegal smuggling of acetic acid in Basta area here in the district with seizure of huge quantity of acid, which is the main component of vinegar, from a private bus.

Acting on a tip-off, Balasore police intercepted the bus (with number OD01X-1575) enroute to Dhamra from Kolkata near National Highway (NH)-60 and managed to nab three persons, who were carrying the acetic acid on the vehicle.

A number of jars containing the acetic acid was seized from the bus.

The police detained three persons for interrogation into the incident and initiated probe.

College teacher run over by private bus in Odisha