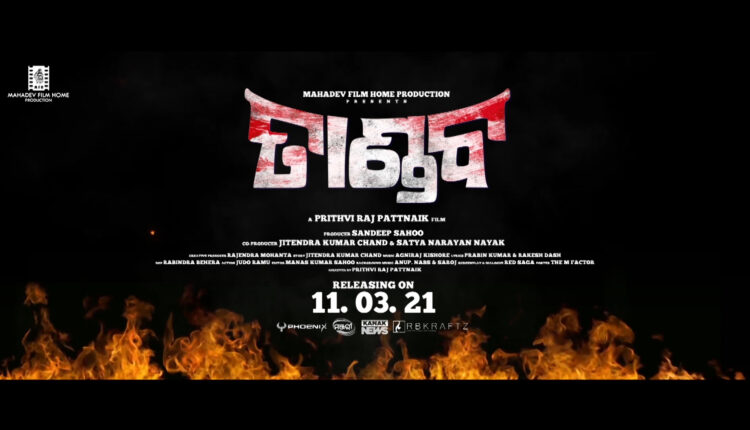 Actress Jina Samal will perform to an item song in the movie. While the movie was produced by Sandeep Sahu, Agniraj Kishore has given the music direction for the film.

The movie is based on a youth who was jailed after getting entangled in a false case of murder of his beloved. After many years, he came out of the jail and made all efforts to prove his innocence and catch hold of the person who murdered his beloved. Whether the youth succeeds or not, viewers will be able to find out after watching the movie.

Tandab’s trailer and songs have been accepted well by viewers. The Producer and Director expect the movie will also draw lots of praises from the viewers.