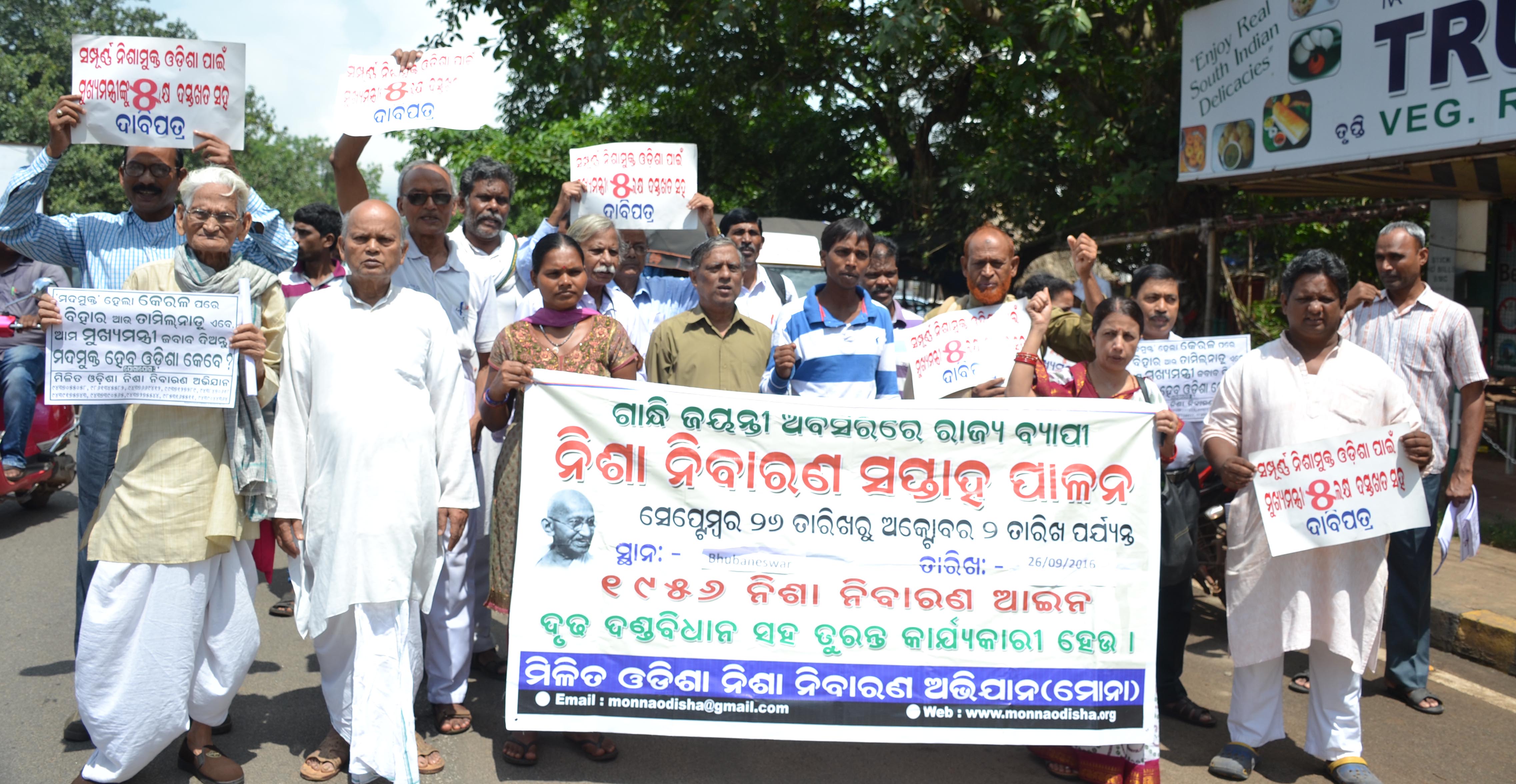 The members of MONNA submitted signatures of five lakh people demanding implementation of “The Orissa Prohibition Act 1956” with stringent punishment provision without delay.

“The members have been collecting the signatures during the last two years by visiting people in villages in favour of their movement,” MONNA convenor Padma Charan Nayak said.

Notably, the members of the organization spearheading the movement had met Chief Minister at Naveen Niwas on October 2, 2014 where the latter had assured to do the needful.

Prior to that, the prohibitionists took out a rally from Chitrakut Ashram in Unit -9 area to state secretariat to submit their signature books to Naveen Patnaik.

MONNA has also decided to stage a dharna at the lower PMG on the occasion of Gandhi Jayanti to put pressure on the government to implement the Act for total prohibition.