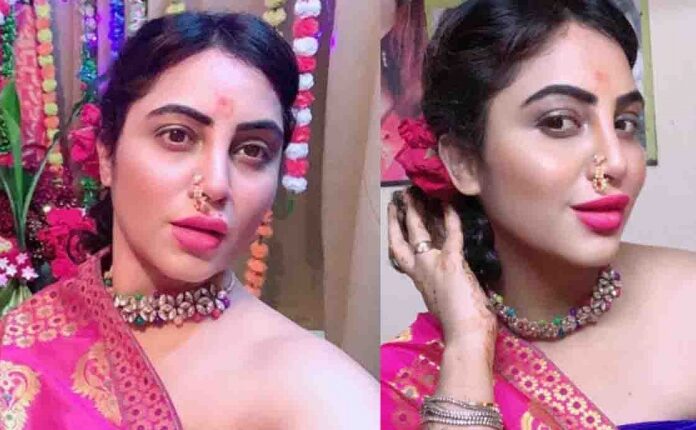 Mumbai: Actress Arshi Khan says she is upset after cyberbullies trolled her for wishing everyone on the Hindu festival of Ganesh Chaturthi.

“In India we all enjoy every festival with joy. My Hindu friends join me on the occasion of Eid and I celebrate Ganpati, Diwali with them. I don’t see any issue here. But after I posted pictures of me celebrating Ganpati, people started objecting to it. Some said I’m doing it for publicity, others said it wasn’t my festival. Some questioned my religion. I was literally shocked,” says Arshi.

After ‘Sita Ramam’ and ‘Chup’, Dulquer all set for ‘King of Kotha’

The actress feels those who create a rift between religions are actually not following God.

“Those who create fights and differences among people on basis of religion they actually don’t belong to any religion. They don’t follow any God,” she says.

Arshi Khan is remember for participating in reality TV show ‘Bigg Boss’. The actress will be next seen in Bollywood movie ‘Trahimam’.