Adah Sharma gives tutorial on how to make masks at home 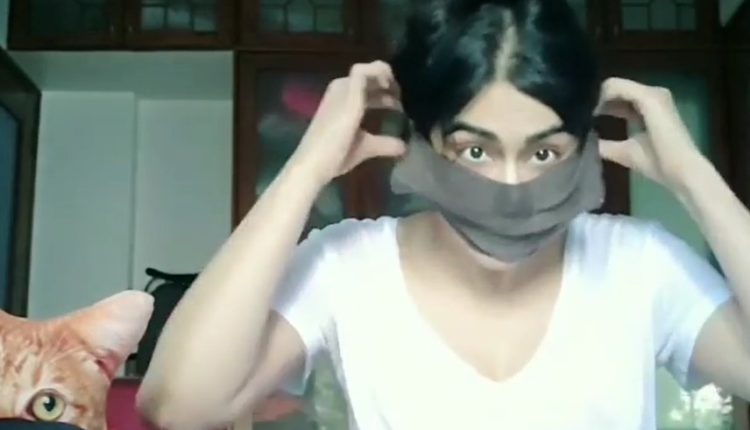 Mumbai: Actress Adah Sharma gave a lesson how to make a mask at home amid lockdown due to coronavirus outbreak in the country.

Adah took to Instagram, where she shared a video of herself making a facemask under a minute with the help of a sock.

In the caption, she requested her fans to show what they made and added: “Again DO NOT go out of your house…but if you have to for emergencies then you must wear a mask. If you don’t have a mask ,now you do!”

Recently the actress, shared a few racy photographs of herself, saying those were actual pictures taken during the break between “washing bartans (dishes) and doing jhaadu (sweeping)”.

“What did you do today? These are actual pics of me just taking a break between washing bartans and doing jhaadu… Sacchi… Find @adah_ki_radha in the pics…only people with an IQ over 120 can see her… SWIPE to see what happens after all the ghar ka kaam is done,” she had captioned her two racy images Adah shared on Instagram.

Adah made her Bollywood debut in 2009 with the horror film “1920” . She was then seen in films like “Hum Hai Raahi Car Ke”, the “Commando” franchise, and “Bypass Road”, and will next be seen in “Man To Man”. The film revolves around actor Naveen Kasturia’s character falling in love with and marrying Sharma’s character, only to realise she was biologically a man who became a woman after surgery.

Shocking! No food during lockdown, mother throws 5 children into river