Aditi Rao Hydari: Trolling is a reality you can’t run from 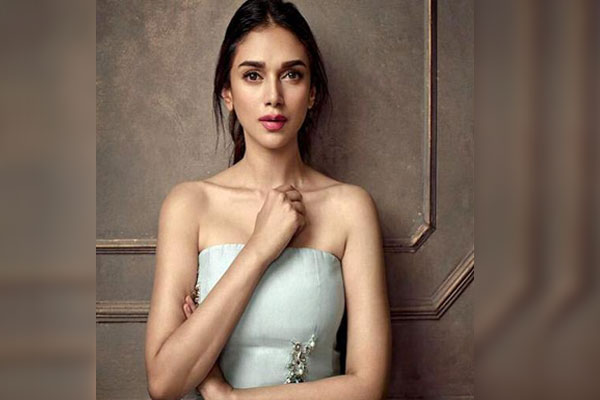 Mumbai: Actress Aditi Rao Hydari, who next will be seen onscreen in “The Girl On The Train”, has said that she looks at social media trollers with compassion. She added that trollers must be dealing with problems in lives, which is why they vent their anger on someone else by such an action.

“I feel it (trolling) is a reality you can’t run away from. You have to be positive no matter what the situation is because I feel people who troll others must be going through some kind of problems, or they must be feeling sad about themselves or they must be angry with something. So, they express their anger by commenting on your social media posts.”, said Aditi, while interacting with media at the Exhibit Tech Awards 2019.

She added: “I feel that the only thing that you can do is to look at them with compassion and with the hope that they feel better soon. Sometimes, I even write to them that aI hope you have a better day’. You can only wish them well. There must be some reason behind their anger.”

Aditi next will be seen onscreen in “The Girl On The Train” along with Parineeti Chopra and Kirti Kulhari.

Talking about the film, she said: “We have completed the shooting of the film. It was our start to finish schedule. I really had fun while shooting the film.”

Thursday was Kamal Haasan’s 65th birthday, and Aditi wished the Tamil icon. “I wish him many more years. He is to the camera born literally. He is forever inspiring and I wish lots of good health and defining moments in cinema that will continue to inspire us.”

“The Girl On The Train” is a mystery thriller directed by Ribhu Dasgupta and produced under the banner of Reliance Entertainment.

The Bollywood film is scheduled to release in 2020.