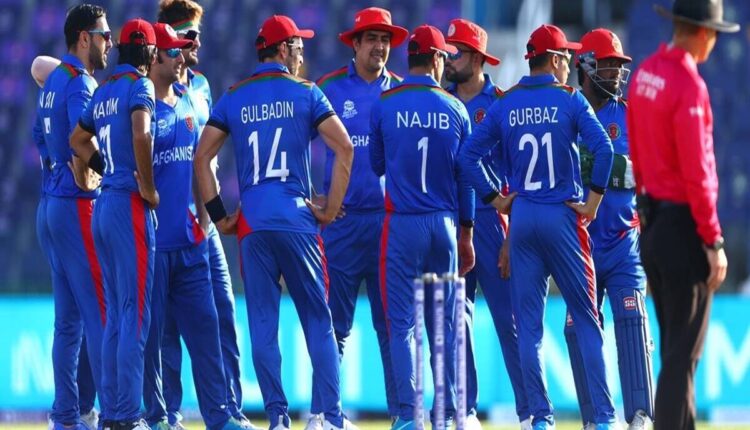 Abu Dhabi: Coming into the ICC T20 World Cup three days before the start of the tournament, putting the turmoil at home on the backburner and trying to jell as a team does take a lot of effort.

Afghanistan did all that and more — and they did make an impact — but finally had to bow out of the tournament with their heads held high. Not just did they keep their hopes alive of qualifying for the semifinals till the end, they were better placed than India to make the grade had they beaten New Zealand on Sunday.

Afghanistan all-rounder Gulbadin Naib said following the side’s eight-wicket loss to New Zealand in their last ‘Super 12’ game that there were several positives from the tournament, which the team could build on as it prepares for the next edition of the T20 World Cup in less than a year’s time.

“You look at the start of the tournament, especially for Afghanistan, we beat the West Indies in the warm-up game, and also beat Scotland in a one-sided game. And then if you look at the Pakistan side and India side, it’s not easy. They’re a big team. So they didn’t give you a single chance,” said Naib on Sunday evening following the loss to New Zealand.

“So, it’s not like it’s over. We can do a lot of work on the team. It’s great stuff for our team and our boys who deliver very quickly, and we did a lot of good things here. Also, we qualified for the next World Cup. We’re in the top eight. But it’s a lot of work now,” added Naib.

The team would now be hoping that they get some competitive matches against big teams in order to improve and return stronger at the 2022 T20 World Cup, though things don’t seem very optimistic with Australia having postponed their one-off Test in Hobart this month over the issue of the Taliban government’s firm stance against the inclusion of women in sports.

“Following extensive consultation with relevant stakeholders, Cricket Australia and the Afghanistan Cricket Board have agreed to postpone the inaugural men’s Test match against Afghanistan which was set to be played in Hobart on November 27,” Cricket Australia had said in a statement recently.

Despite the postponement, the Australian cricket board pledged to assist Afghanistan in their development of the game.