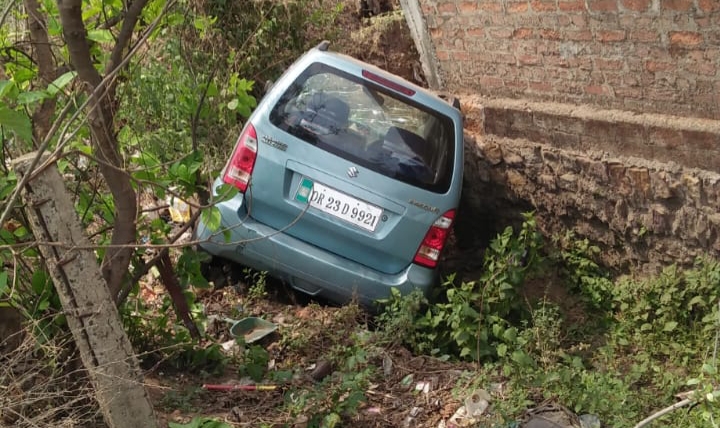 Jharsuguda: In a tragic incident, a woman died and her daughter sustained critical injuries in a road mishap involving a doctor’s car at Kukurikani area under Brajarajnagar municipality in Odisha’s Jharsuguda district while they were returning from a hospital today.

The deceased woman has been identified as Lata Behera (35), a resident of Katarbaga area.

According to reports, Lata along with her teenage daughter Renuka Behera had visited the Urban Primary Health Center (UPHC) located at Kukurikani for treatment in the morning. While returning to home after consulting a doctor, the duo was hit by a car near the hospital at around 10.30 am.

The injured duo was immediately rushed to the Kukurikani UPHC, the same hospital where they had visited in the morning. As their health conditions deteriorated, they were shifted to the Central Hospital at Mandalia. However, Lata was declared dead at the hospital.

On receiving information, Brajarajnagar Police IIC reached the hospital and seized the body.

Source said that the vehicle that hit the mother-daughter duo is owned by a doctor identified as Biswajit Mandal, who had attended them at the Kukurikani UPHC in the morning.

Reports said that Dr Mandal’s driver Jiten Rajak and another person namely Sadhu Kumbhar (24), a staff of the same hospital, had gone outside with the car. The vehicle hit Lata and her daughter while Kumbhar was driving and Jiten was sitting next to him. After accident, the car fell into a gauge.

The Rampur police outpost has detained Kumbhar in connection with the incident.

When asked to the doctor, he said that the incident took place after the woman and her daughter left the hospital with prescribed medicines following health check-up.