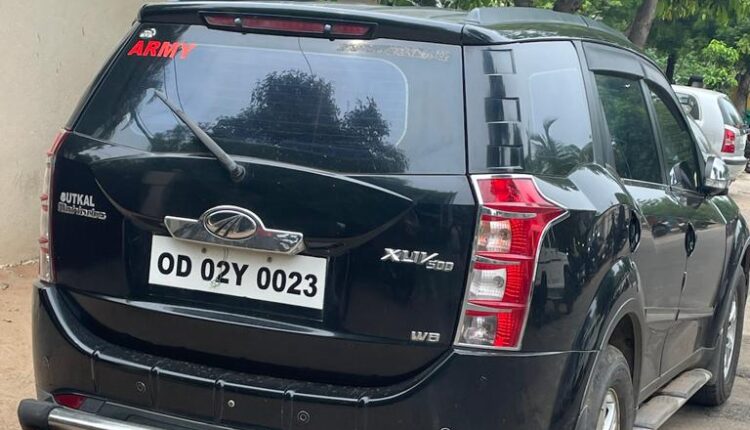 Bhubaneswar: The Commissionerate Police has arrested one Ratikant Satpathy of Daruthenga area in Patia here for impersonating himself an Army officer and flouting traffic rules since almost a year.

Reportedly, the 43-year-old man used to roam around high security zones of the capital city in a SUV with an ‘Army’ sticker fixed on the windshield. He used to violate traffic rules on the pretext of being an Army officer.

The incident came to fore after the genuine owner of the number plate(OD02 Y-0023), the accused used on the vehicle, received challans amounting to around Rs 10,000 for traffic rule violation and enquired about the same.

On Friday, the owner Dhananjay Hota chased the accused and intercepted his SUV at Jaydev Vihar Square and later called up police. The cops seized the vehicle and took Ratikant to custody. Claiming himself to be a 1999-batch Army officer, he warned the cops of dire consequences.

After inquiry, the cops found his claim to be false. Later, the accused confessed his wrong deed and ‘reintroduced’ himself as a software engineer. He told the cops that he has bought the vehicle from a potato wholesaler and has not changed its ownership.

However, police registered a case against Ratikant and began a thorough investigation into the matter.