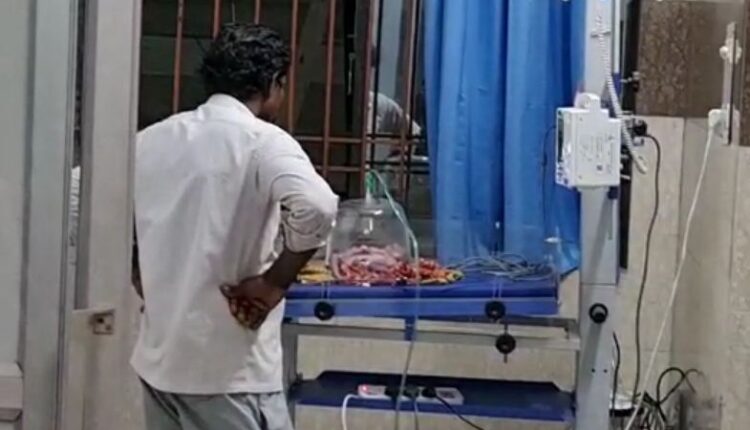 Sambalpur: A woman gave birth to conjoined girl twins at the Sambalpur District Headquarters Hospital here, last night. Bodies of the twins are reportedly conjoined from belly to neck.

According to reports, one Ravina Kumari, a resident of Rengali area in the district, gave birth to the conjoined twins, following which doctors at the hospital advised her husband to take the newborns to VIMSAR in Burla or SCB Medical College & Hospital in Cuttack for proper treatment.

However, the woman’s family members have expressed their inability to do so due to their poor financial condition.

Ravina’s father-in-law Bijay Chaudhary said the family was struggling to make ends meet and they are incapable of bearing the cost of the treatment.

He also exuded hope that the State Government would extend financial assistance towards the treatment of the twins.

Worth mentioning, similar conjoined twins namely Jaga-Kalia of Kandhamal district were separated after surgery at AIIMS-Delhi in October, 2017. However, Kalia breathed his last at the SCB Medical College and Hospital in November 2020 while undergoing treatment as he was suffering from complications.