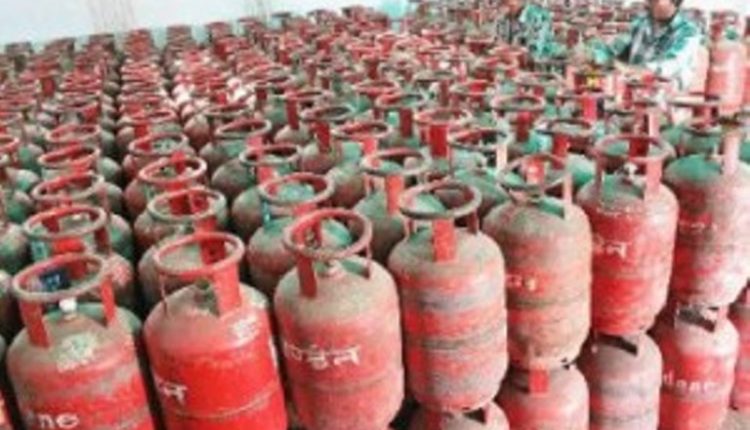 New Delhi: Government seems to be in no mood to subsidise the price of common mans cooking gas which like the price of auto fuels petrol and diesel has maintained consistent increase for past few months.

The price of domestic 14.2-kg LPG cylinder was increased by Rs 25 on Thursday, the third increase in the month of February itself, taking its price Rs 794 a cylinder in Delhi.

While the practice of weekly or fortnightly price revision of cooking gas is normally done for non-subsidized cylinders, this year oil companies shave maintained almost equal increase in price of subsidized LPG cylinders as well.

“There may just be some element of subsidy that still may be involved in cooking gas if it is getting transported to far off distances from bottling plants. Otherwise, subsidised and non-subsidized cooking gas prices have almost remained same during entire FY21,” said an official of a public sector oil marketing company not willing to be named.

While consumers focus has remained on petrol and field prices, the cooking gas price has gone almost unnoticed. It had risen sharply by over Rs 100 a cylinder in the month of February itself from a level of Rs 694 to Rs 794 a cylinder now.

With government not supporting even cooking gas consumers in the time of rising prices, consumers are bearing the brunt of increase in both their transportation and cooking expenses during the difficult period of pandemic.

There are around 30 crore LPG connections in the country and the levelling of non-subsidised and subsidized LPG cylinder means that the government substantially reduces DBT payments in FY22 as well.

If oil and products prices remain range-bound even next year, by the end of the year even LPG subsidy would be completely eliminated, oil sector experts said.

Government’s DBT burden even from middle of current fiscal has reduced to nil due to softer LPG prices. The only money that the government would need in FY 22 is towards providing free cooking gas connection to 1 crore additional beneficiaries under the Ujjwala scheme.

As per provision made in this year’s budget, DBT transfer towards LPG subsidy has been brought down to Rs 12,480 crore in FY22 from a level of Rs 25,520.79 crore in the revised estimates for FY21.

The budget estimate for LPG subsidy this year (FY21) was even higher at Rs 35,605 crore but subdued global prices helped government to save on LPG subsidy prices that got used for providing three free cylinders to Ujjawala consumers for the lockdown period.

Government provides 12 subsidised LPG cylinder to a household in a year.

While the household buys LPG cylinders at market price, the gap between subsidized and non subsided cylinders is transferred to consumers bank accounts under the DBT scheme.

This transfer has remained suspended during most parts of FY21 as oil companies have raised the price of even subsidized cylinders to market levels.