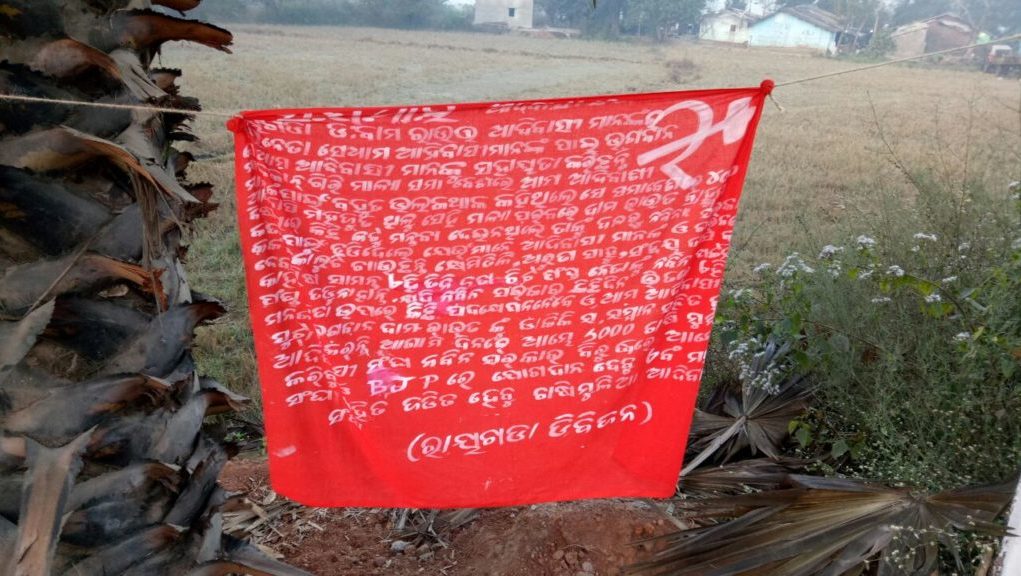 Koraput: The CPI Chasi Mulia Adivasi Sangh, an outfit claiming to be the tribal wing of CPI (Maoist), has put up a banner in Narayanpatna area of Odisha’s Koraput district opposing dismissal of Paradip MLA Damodar Rout from Council of Ministers as Agriculture & Farmers’ Empowerment Minister.

The outfit has reiterated its question as to why Chief Minister Naveen Patnaik hasn’t sacked those MLAs accused in the chit fund scam.

A similar banner of the sangh had earlier surfaced in Rayagada district in which Rout was termed as the “favourite leader” of tribals besides being hailed for his contribution towards development of tribals.

It was mentioned in the banner that as many as 400 tribals were present at the function where Rout made remarks on Brahmins. It claimed that Rout has not commented anything against the Brahmins.

Demanding action against the MLAs accused in chit fund scam and respect for Dama Rout, the outfit had warned to launch agitation if the state government fails to fulfil their demands.

Notably, Rout was sacked from the post for his alleged casteist remarks at a public function.

The BJD stalwart in his speech at the Malyabanta Mahotsav in Malkangiri recently while drawing a comparison had said that Adivasis never beg even in any adverse situation while Brahmins beg for alms if the situation so demands.

This remark had sparked severe resentment among the Brahmins, who had demanded an apology from Rout while seeking his sacking by the Chief Minister.

Hepatitis B patient ostracized from village in Odisha