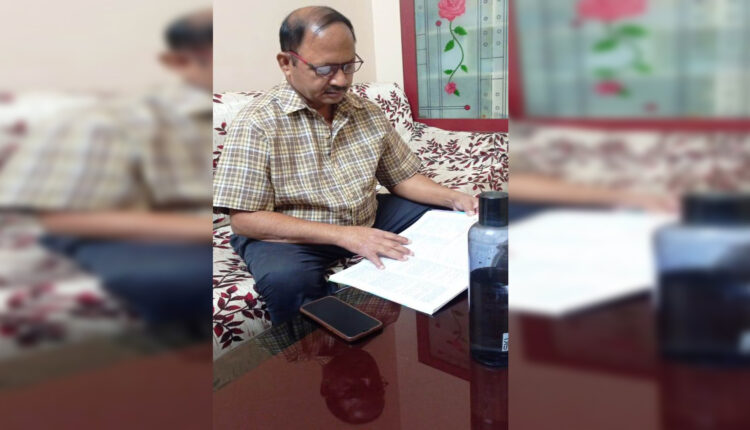 Sambalpur: Education has no age limit. What it only needs is strong will power. And, this has been proved by retired banker Jay Kishore Pradhan of Atabira area of Bargarh district.

“It is one of the rare events in the history of medical education. He has certainly set an example by getting admission as a medical student at such an age,” said VIMSAR Director Prof Lalit Meher.

Animals sacrificed at Sulia Jatra in Odisha despite…

Pradhan, who is upbeat for ultimately achieving what he had been longing for since beginning of his career,  said he aims to engage himself in the service of people by becoming a good doctor.

A resident of Ward-2 in Atabira, Pradhan had appeared in the NEET exam held in September. After securing good ranks, he qualified to get admission in Veer Surendra Sai University of Technology in disability reservation category.

Born in 1956, Pradhan has always dreamt to be a doctor. He had appeared in the medical entrance test for the first time after his intermediate but could not succeed. Since then, he did not attempt further. He did his graduation in Science. Later, he got a job in bank and his dream of becoming a doctor withered. In 2016, he retired from State Bank of India (SBI) Main Branch as a Field Officer. During the period, his daughter was preparing for medical entrance which reignited his hope and decided to appear in NEET.

It is pertinent  to mention here that the minimum age limit for NEET is 17. But there is no upper age limit for the the national level entrance and the matter is subjudice with Supreme Court. Pradhan’s daughter is a BDS Second Year student and studying in Bilaspur of Chhattisgarh.