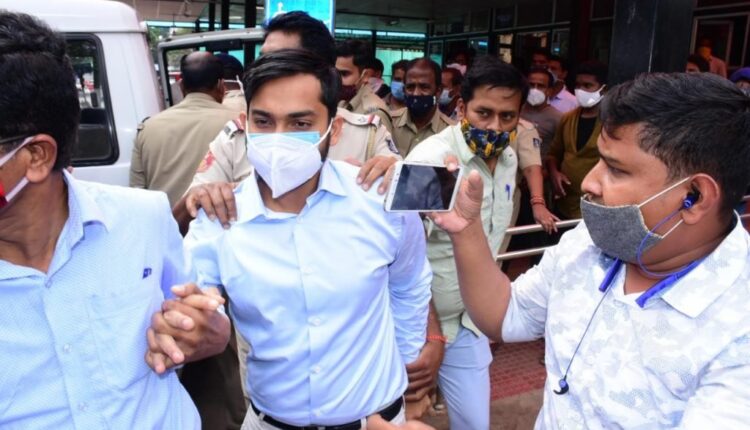 Bhubaneswar: The Commissionerate Police today took Akash Pathak, the son of tainted IFS officer Abhay Pathak, on a 4-day remand for further interrogation in connection with fraud allegations leveled by a travel agency.

The District & Sessions Judge Court, Khurda, allowed the Commissionerate Police to take the accused on remand.

The CP had moved the court seeking remand of Akash Pathak for interrogation following a complaint lodged by the Sky King alleging him of defrauding the travel agency of over Rs 65 lakh.

The complaint was registered at the Kharavela Nagar Police Station on December 2 in Bhubaneswar.

As per information, Akash had allegedly booked charter flight tickets and luxury accommodation in five star hotels through the Sky King at cost of Rs 2.78 crore, of which he had paid Rs 2.13 crore and the remaining dues amounting to Rs 65,16,233 is still pending.

Earlier, Akash was grilled by the State Crime Branch in connection with job fraud case after Tata Motors had lodged a complaint against him accusing him of duping many youth by impersonating himself as the Managing Director of the company.

On November 27, Akash and his father Abhay Kant Pathak were arrested by the Odisha Vigilance on charges of accumulating assets worth crores disproportionate to their known sources of income.