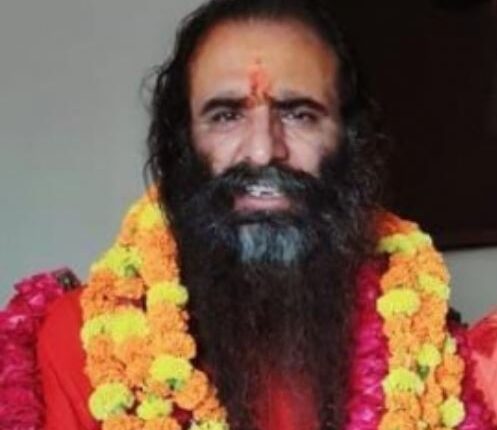 Prayagraj: Mahant Ravindra Puri will be the new president of the Akhil Bhartiya Akhara Parishad (ABAP), the apex Hindu religious body of the 13 monastic orders of the country.

He will be replacing Mahant Narendra Giri, who had allegedly committed suicide in the premises of the Baghambari Math in the city, on September 20.

He is the present secretary of Shri Panchayati Akhara Niranjani.

Puri was elected as the new president of the ABAP in a meeting of the seers, called by the general secretary of ABAP Hari Giri, the chief patron of the Juna Akhara, on Monday.

Out of the 13 akharas of the country, representatives of seven akharas had come for the meeting following which it is now evident that ABAP stands divided into two groups.

Puri had the support of seven akharas, representatives of which attended the meeting. As per the practice, two members from each of the 13 akharas are members of ABAP. There are in all 28 members in the ABAP, the president and the general secretary being the additional two.

Earlier, owing to a rebellion within the parishad, seers of seven akharas had held a meeting at Haridwar on October 21 and elected Mahant Ravindra Puri of Mahanirvani Akhara as the president of ABAP.

However, ABAP’s general secretary Hari Giri of Juna Akhara termed the election as a malicious attempt to divide the ABAP and did not recognise it.

“As I had already called for a meeting of ABAP for October 25, if these akharas had any intention to prove their majority, they should have attended the said meeting and elected their leader. After all, ABAP elects its office bearers in a democratic way that shies away from contesting the elections as every member of ABAP has the right to stand for president or any other post,” said Hari Giri.

Monday’s meeting was held with a single point agenda of electing the new president. A meeting of the Akhara Parishad will be called again after three months to select the rest of the executive members.