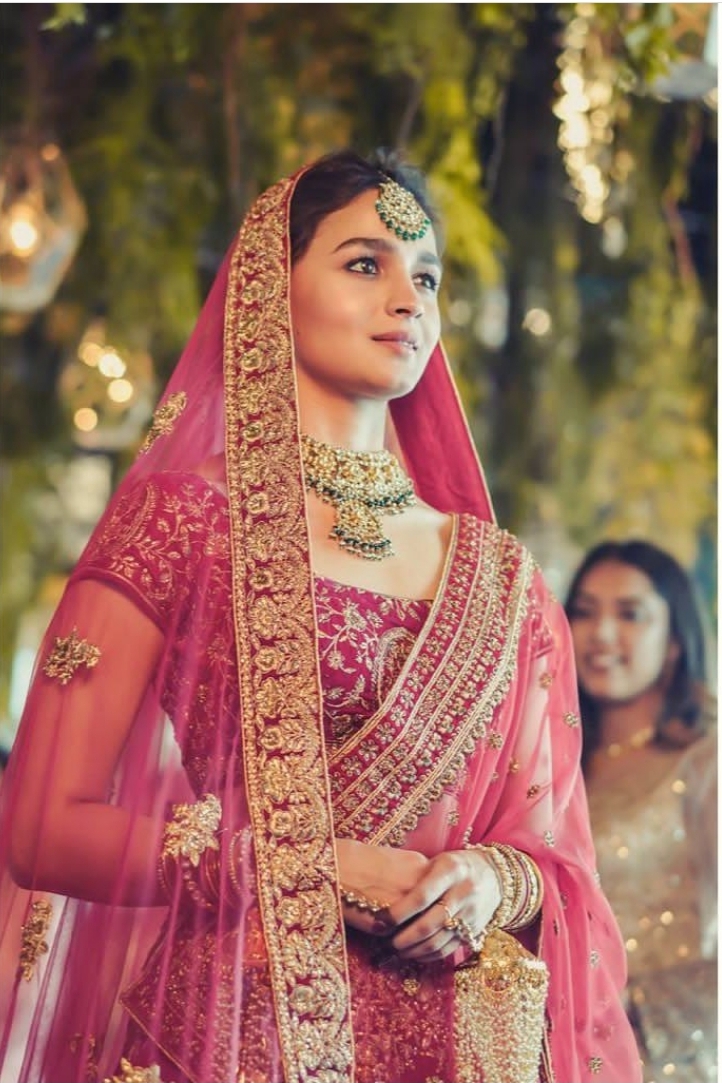 Mumbai: Actress Alia Bhatt on Saturday surprised her fans with her bridal look.

The “Raazi” actress posted a couple of photographs from an ad shoot on Instagram in which she is seen dressed as a bride.

Donning a red lehnga, Alia looks graceful in the pictures. She completed her look with an emerald necklace and subtle make-up.

Netizens are going gaga over Alia’s wedding look from the advertisement.

Many users commented “Ranbir ki dulhan” on the pictures.

Alia is in a relationship with actor Ranbir Kapoor. Earlier this year, a lot of rumours were doing the rounds on the Internet that Ranbir and Alia Bhatt plan to get married at the beautiful Lake Como — just like Ranveer Singh and Deepika Padukone.

But in an earlier interview to IANS, Alia’ mother Soni Razdan denied them saying ,”It is totally baseless”.