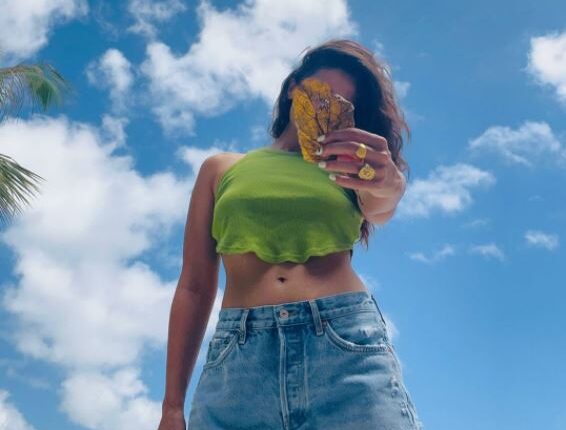 Mumbai/Bhubaneswar: Bollywood Actress Alia Bhatt gave a glimpse of her Sunday leisure today. Taking a break from hectic shoot schedule, she got snapped and shared the picture on social media.

What took the attention of Alia’s fans is the ring she was wearing. Number ‘8’ has been engraved in her ring. It is well known that ‘8’ is the lucky number of boyfriend Ranbir Kapoor.

In the picture, Alia was seen holding a leaf. As the snap has been taken from a perfect angle, the leaf hid her face and the blue sky acted as a perfect backdrop. She captioned the picture saying, “the little things.”

During last week of September, Alia Bhatt and Ranbir Kapoor visited Jodhpur in Rajasthan. Talks did rounds that the couple were in Rajasthan to finalise venue for their marriage.

Alia Bhatt and Ranbir Kapoor started dating in 2018 and confirmed their relationship status a year later.

The couple is reportedly planning to get married after the release of their much-awaited movie ‘Brahmastra’.