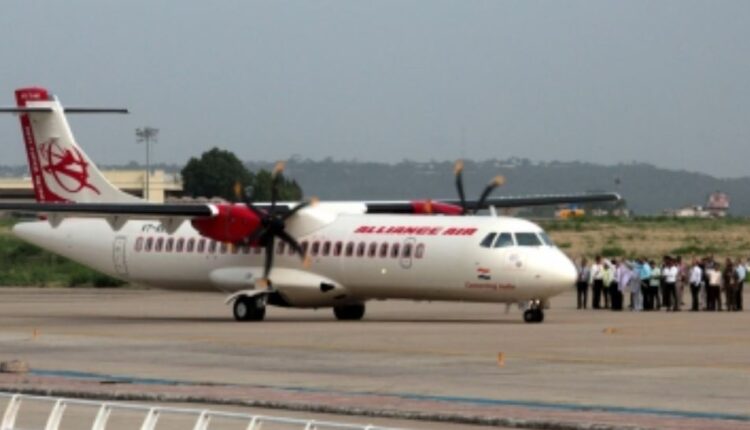 Mumbai: In a freak incident, the engine cowl (cover) of an Alliance Air flight from Mumbai to Bhuj fell off this morning and was later found on the Mumbai Airport runway post-takeoff, official sources said on Wednesday.

The incident affected the Alliance Air 91 625 Mumbai-Bhuj service with 70 passengers, 4 crew persons and a maintenance engineer on board the ATR aircraft, and the Directorate-General of Civil Aviation has ordered a probe.

The airline confirmed the development and said that all passengers and crew onboard the flight landed safety and there is no damage to the aircraft due to the “unfortunate incident” after it completed the two hour-long flight departing at 6.15 am.

Amid allegations of maintenance lapses, the airline said that it has put in place strict pre- and post-flight checks to ensure complete safety of the passengers and the aircraft.

“We have taken strict note of the incident and a thorough investigation has been initiated. The findings of the same shall be shared with the regulatory authorities and we shall ensure that all required corrective actions are put in place,” said the airline.

Airport sources said that the loss of the engine cowling may not have major repercussions on the aircraft or its performance though the engine parts exposed could be affected adversely.