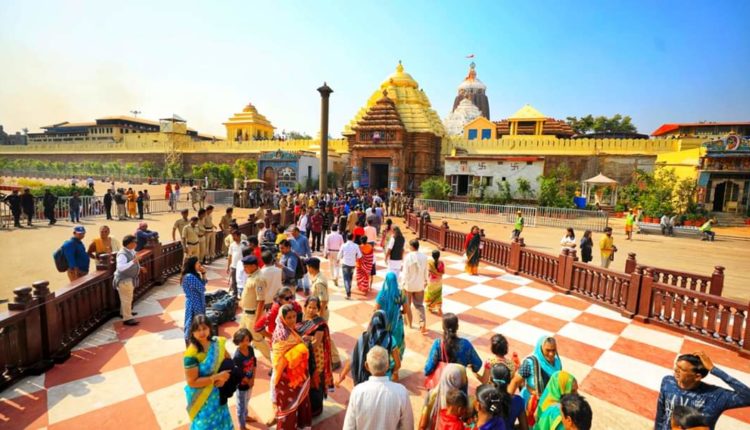 Bhubaneswar: Leader of Opposition (LoP) in Odisha Legislative Assembly, Pradipta Kumar Naik has written to Chief Minister Naveen Patnaik urging the latter to provide land for construction of guest houses for devotees of each district in Puri town.

Praising the steps taken by the State Government for improvement and beautification of the pilgrim site, Naik wrote, “It is worthy to mention here that the local devotees of all districts of Odisha frequently come to Puri for their darshan to Lord Jagannath and during the festive occasions like Car Festival, Bahuda Yatra, Kartik Purnima, Dola Purnima, Nagarjuna besa, Sunabesa, Tila Saptami and other occasions, the poor people are unable to get a shelter at Puri for which they are facing a lot of problems.”

“It will be better to provide a government accommodation to each devotee at Puri for smooth darshan of Lord Jagannath that is why guest houses/Bhawans and any other accommodation at low cost has to be provided to devotees by the State Government,” he said in the letter.

“It is therefore requested to kindly allot half acre of land for each district in a compact patch of land in Puri town with a good guest house/Bhawan in the name of the concerned district so that the Tirthayatris/devotees can comfortably stay in the guest houses/Bhawans of their respective districts at Puri like the guest houses constructed at New Delhi for each state,” he concluded.

One killed, 5 critical as Bhubaneswar-bound tourist bus overturns in Gajapati