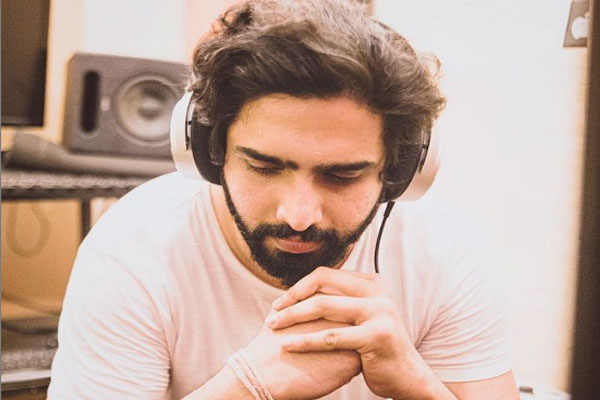 New Delhi:  Composer-singer Amaal Mallik is thankful for lockdown in a way. It gave him time to create the score of “Saina”, particularly the anthem song “Parinda”.

Amaal Mallik: I don’t respond well when people attack me

“Honestly, it was a bit frustrating at times, but it did give me that time to experiment with the music. I wanted to, for example, do something different for ‘Parinda’, since it is the anthem for the film. It was only possible during lockdown, because the film had gotten delayed that I got the time to work on it and that’s when I decided to work with Macedonian Symphonic Orchestra for the film. Overall, the four years didn’t really mean that I had to change the sound a lot,” he says.

The music took four years to be completed. Mallik admits that was “frustrating”, but at the same time was totally worth it “because I got the chance to work with Macedonian Symphonic Orchestra”.

Today, as the biopic of ace shuttler Saina Nehwal is ready for release, Amaal is “nervous and excited at the same time”.

“I am really nervous and excited at the same,” he laughs as he talks to IANS over the phone. “It is a special project and everything was really done with a lot of passion. I am really looking forward to seeing how people react to the music in the film,” adds Mallik, who has not only composed the songs in the film, but also created the background score.

This is the first time that the 30-year-old was asked to create a background score for a film. The process, Mallik says, helped him create his songs even better.

“It was a really big deal for me that I got to work on both — the songs and the background score. How it helped me in creating songs was that I knew what kind of music would accompany before and after a particular song. So I knew the exact emotion, the exact soundscape, and that really helped me a lot when it came to the songs,” he says adding that creating background score is not as easy.

“It (background score) is a challenge for sure. I remember learning a lot of things about background music from Salim Merchant sir (of Salim-Suleiman composer duo), and he told me the importance of silences. Sometimes, silence conveys more about a particular situation than music, and understanding that part of background scoring is very important,” he says.

“In a movie like Saina, which is a biopic on one of the biggest athletes in India, there are many highs and lows. The approach, to create music cannot be linear. You have to make music that is not only inspiring and passionate but also real,” he adds.

Rani Mukerji to celebrate birthday with fans on social media