Amar Jawan Jyoti is not being extinguished, but merged: Govt sources after backlash 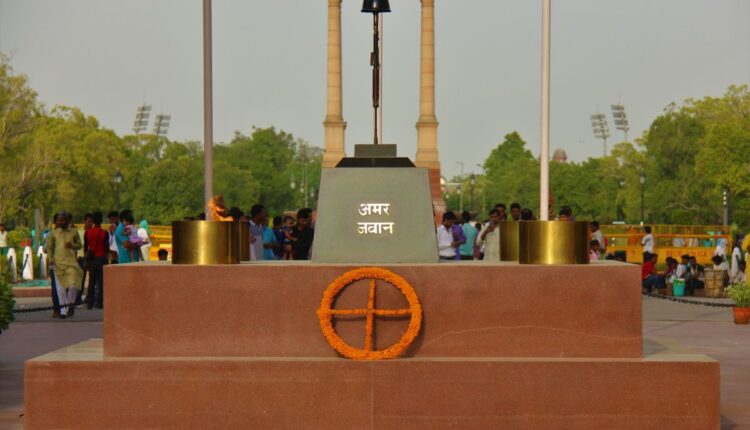 New Delhi: After a controversy broke over extinguishing the eternal flame lit up at Amar Jawan Jyoti, the Centre said that there is a lot of misinformation circulating regarding the flame of the Amar Jawan Jyoti.

Government sources said that the flame of the Amar Jawan Jyoti is not being extinguished but is being merged with the flame at the National War Memorial.”

It was an odd thing to see that the flame at Amar Jawan Jyoti pays homage to the martyrs of the 1971 and other wars but none of their names are present there,” sources said.

Sources claimed that the names inscribed on the India Gate are of only some martyrs who fought for the British in World War I and the Anglo-Afghan War and thus is a symbol of our colonial past.

Sources mentioned that the names of all Indian martyrs from all the wars, including 1971 and wars before and after it are housed at the National War Memorial. “Hence it is a true ‘shraddhanjali’ to have the flame paying tribute to martyrs there. It is ironic that people who did not make a National War Memorial for seven decades are now making a hue and cry when a permanent and fitting tribute is being made to our martyrs,” sources added.

The Congress has attacked the government over extinguishing the eternal flame lit up at Amar Jawan Jyoti and alleged that it is like ‘extinguishing history and is nothing short of crime’.

Congress MP Manish Tewari on Friday tweeted, “Extinguishing Amar Jawan Jyoti tantamounts to extinguishing history For it commentates sacrifice of those 3,483 brave soldiers who cleaved Pakistan into 02 parts and redrew map of South Asia post partition It is ironical that in 50 th year of liberation of Bangladesh, Government seems to be working overtime to erase India’s finest hour in Post Independent History”.

He said Amar Jawan Jyoti is imbued in the National Consciousness and a billion people have grown up venerating it. “Why can’t India have two eternal flames? Amar Jawan Jyoti & National War Memorial,” he questioned.