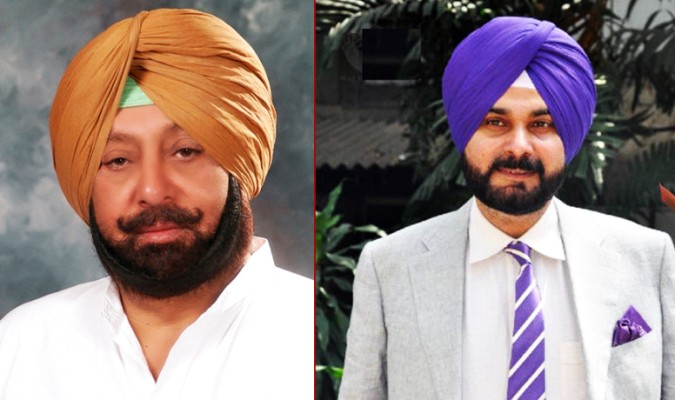 Amarinder Singh was sworn-in as the Chief Minister of Punjab today.

He was administered oath of office and secrecy by Punjab Governor V.P. Singh Badnore at an impressive ceremony at the Punjab Raj Bhawan here.

This is the second time that Amarinder, 75, has become Chief Minister of the state. He earlier held the office from 2002 to 2007.

Cricketer-turned-politician Navjot Singh Sidhu was inducted as a cabinet minister in the new Congress government in Punjab.

However, Sidhu has not been designated as Deputy Chief Minister, as was being speculated in political circles.

Sidhu, who joined the Congress party in January, just days ahead of the February 4 assembly elections in Punjab, won the Amritsar-east assembly seat with a margin of over 42,000 votes.

Sidhu had earlier remained Member of Parliament (MP) from Amritsar when he was part of the Bharatiya Janata Party (BJP). He was elected MP in 2004, 2007 (by-election) and 2009.

He was nominated to the Rajya Sabha by the Narendra Modi government in April 2016. (IANS)