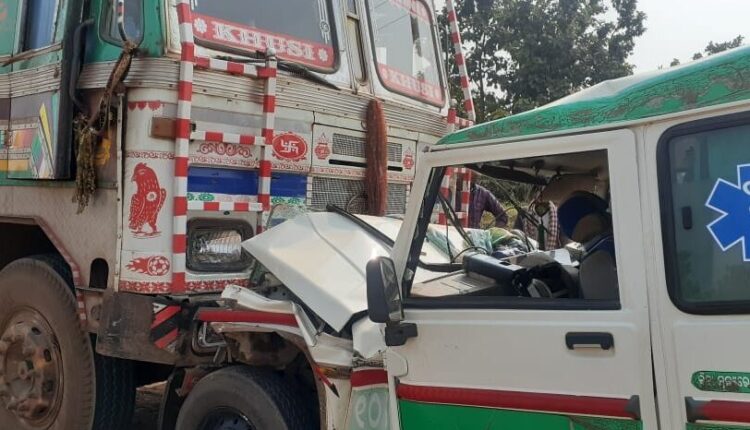 Angul: In an unfortunate incident, an ambulance on its way to carry an expectant mother met with an accident on NH-49 near Radha Sahi, around 2 km away from Pallahara town, in Angul district today.

The deceased has been identified as Benudhar Nayak.

Patient among 3 dead as ambulance hits truck in Cuttack

As per reports, the 102 ambulance of Pallahara hospital was en-route to Keonjhar to bring an expectant mother at around 9 AM today.  Midway near Radha Sahi, the ambulance collded head-on with a truck parked on roadside. Following the collision, driver Benudhar got stuck inside the ambulance with critical injuries.

Later, he was rescued and rushed to the Pallahara hospital, where doctors declared him dead. Meanwhile, police have seized the vehicle and initiated an inquiry in this connection.