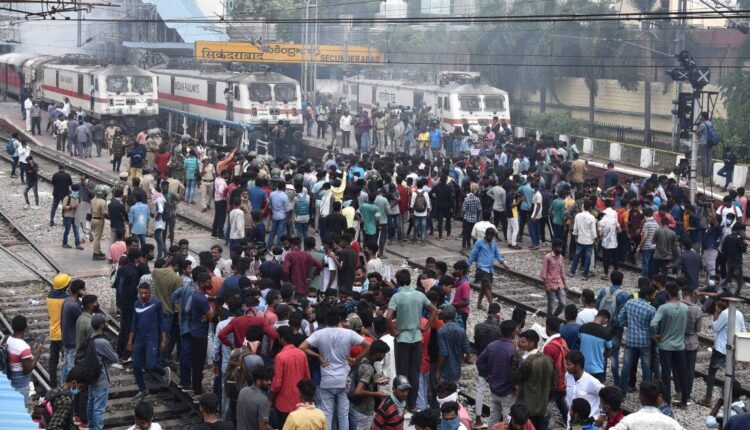 New Delhi: Amid nationwide protests against the Agnipath military recruitment scheme, the Centre on Saturday announced a 10 per cent reservation for ‘Agniveers’ in the Central Armed Police Forces (CAPFs) and Assam Rifles.

The announcement was made by the Union Ministry of Home Affairs (MHA) earlier in the day on Twitter.

The MHA added that it has also decided to “give three years age relaxation beyond the prescribed upper age limit to Agniveers for recruitment in CAPFs and Assam Rifles”.

“Further, for the first batch of Agniveer, the age relaxation will be for 5 years beyond the prescribed upper age limit,” it said in a tweet.

The MHA’s announcement comes as violent protests have rocked the nation against the new scheme.

One person was killed and four others were injured when the railway police opened fire to control the situation.

In the wake of massive violence for three consecutive days, a Bihar Bandh is underway on Saturday. But agitators in Jehanabad set fire to four vehicles earlier in the day.

One more cop shot dead by militants in Kashmir