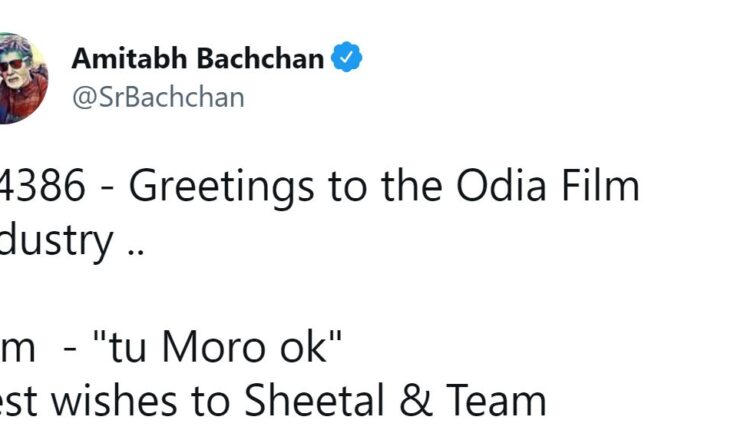 Bhubaneswar: In what could be termed as a great news for the Ollywood fraternity, superstar Amitabh Bachchan has promoted upcoming Odia movie ‘Tu Moro Ok’

Taking to Twitter, the ‘Shahenshah’ of Bollywood greeted the Odia film industry and extended his best wishes to the cast & crew of the movie.

Sidharth Music’s ‘Tu Moro Ok’ has been directed by Mrityunjaya Sahoo and produced by Sitaram Agrawal.

It features actors Jyoti and Sheetal in lead roles.

The theatrical release date of the movie was yet to be announced.