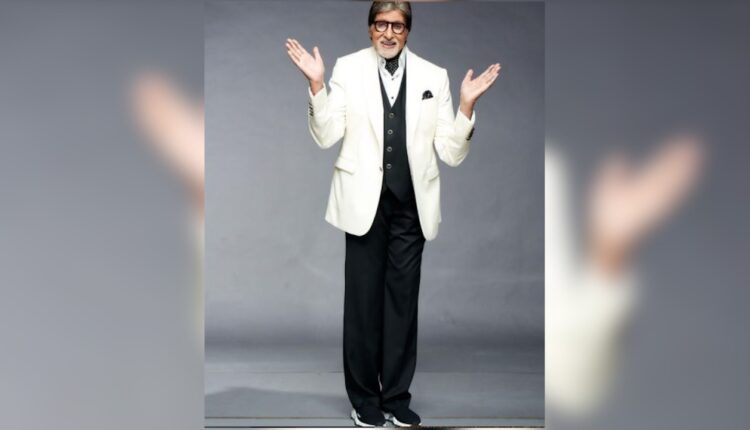 Bhubaneswar/Mumbai: Apart from his impressive performance, Superstar Amitabh Bachchan is known for his humour and command over English. The impression about Bachchan has been strengthened further with the kind of caption he gave while sharing a picture of himself on social media.

He can be seen wearing a three piece white suit with a soft toed shoe in the image.

He also sought an apology for long sentence and joked, “PARDON the effusive vocabulary .. it’s the early after the late before.”

Earlier, the Superstar shared a photo from the set of ‘Kaun Banega Crorepati’ (KBC) and wrote, “Suit wahi hai…bas boot badal diye.” (The suit remains the same, just the boot has been changed)

Bachchan will be seen essaying a role opposite Neena Gupta in upcoming movie ‘Goodbye’. He is also a part of ‘Brahmasastra’ starring Ranbir Kapoor and Alia Bhatt.