An era of dictatorship; whatever built in 70 yrs destroyed: Rahul Gandhi 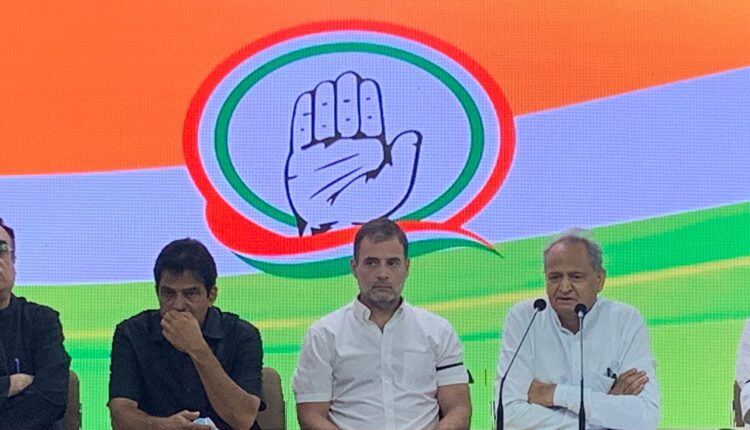 New Delhi (IANS): After the Congress was denied permission to hold protests in the New Delhi district, where the police has imposed section 144, Rahul Gandhi on Friday alleged that ‘this was an era of dictatorship and whatever was built in the past 70 years has been destroyed in the past eight years’.

He said, “The opposition voice is stifled and we are not allowed to protest outside Parliament and speak in the House.”

He said the media was being intimidated and Rajasthan Chief Minister Ashok Gehlot said that this is an era of terror and the public should come out in support of the cause.

Delhi Police have imposed Section 144 of the CrPC in the New Delhi district except Jantar Mantar, ahead of the Congress party’s call for nationwide protests against inflation and unemployment.

The party has decided to stage a pan-India protest on Friday and hold a demonstration outside the residences of Prime Minister Narendra Modi and President Droupadi Murmu, however, it was denied by the Delhi Police.

Despite no permission from the Delhi Police, the party leaders said that they will go ahead with their proposed protest march.

Meanwhile, the party workers have started reaching the Congress headquarters at 24, Akbar Road in Delhi. The police have also maintained a strict vigil and have barricaded the road outside the party headquarters.

From Tokyo debacle to silver at Birmingham, Sreeshankar’s leap of faith