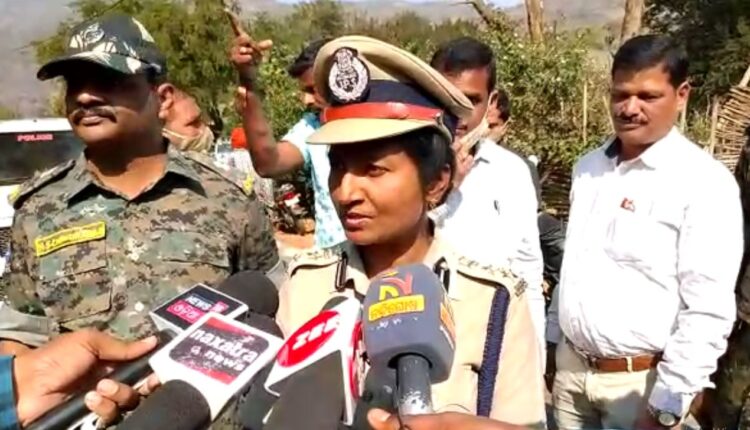 Kotia: Despite the Supreme Court’s directive to the Andhra Pradesh government to file a reply after the Odisha government moved the apex court alleging that the neighbouring state is holding panchayat polls in some villages under Kotia panchayat of Koraput district, the Andhra Pradesh State authorities remained defiant and organized the rural polls in the three villages of Odisha as per their plan. The Vizianagaram district administration officials termed the rural polls in the villages under Kotia panchayat as ‘peaceful’.

Worth mentioning, Andhra Pradesh State renamed the three villages under Kotia panchayat of Pottangi block in Koraput district and claimed stake over them. Above all, the neighbouring state notified to hold panchayat polls in Talaganjeipadar, Phatuseneri and Phagunaseneri villages and projected them to be under its Salur block in Vizianagaram district. Following this, the Odisha government moved the apex court seeking its intervention into the matter.

But the Andhra Pradesh Administration remained adamant and held polls in the three Odisha villages today despite the fact that the matter is sub judice.

Vizianagaram SP B. Raja Kumari, who was monitoring the law and order situation during the rural polls in the Odisha villages, said, “The election has been going on peacefully and people are actively participating in the voting. Police personnel and Revenue Department officials are coordinating with each other and polling in Pattachenuru village under Salur block of Andhra Pradesh is going on peacefully and arrangements in place.”

Asked if there were any talks between the Andhra Pradesh government and the Koraput administration about the panchayat polls, the Vizianagaram SP said, “We have been in touch with the border police. Before the panchayat polls, we had a joint coordination meeting and are cooperating with each other. There is no problem as such.”

Meanwhile, Opposition BJP and Congress in Odisha sharpened their attacks on the ruling BJD in Odisha for failing to stop the Andhra government’s plans on panchayat polls in Kotia villages being executed.

BJP State President Samir Mohanty said today’s incident shows the Odisha government, district administration and State Intelligence have failed on all account. As development failed to reach the people of bordering areas in the Odisha, villagers of Kotia area are joining the neighbouring State.

The Odisha government has failed to provide basic facilities to the villagers of its bordering areas which is why they are depending on Andhra Pradesh to fulfill their needs, Mohanty added.

He called on the Odisha Chief Secretary and Revenue Secretary to give a clarification on the matter and resolve the matter at the earliest.

Odisha Pradesh Congress Committee (OPCC) Chief Niranjan Patnaik said, “Odisha will not allow even an inch of its territory to be taken by Andhra Pradesh. BJD government has failed to provide even basic amenities to the people of Kotia in its 20-year rule, so few people may be preferring AP.”

He further stated, “Shame on BJD government! It is CM’s incompetence that has become Odisha’s biggest weakness. It is time to rise and act swiftly. I urge the Chief Minister to show guts and stand up against these advances of the AP govt.”

Opposing the panchayat polls organized by Andhra in Kotia villages, local leaders including Pradeep Majhi and Jayaram Pangi and villagers staged a road blockade on NH-26 near Kunduli.