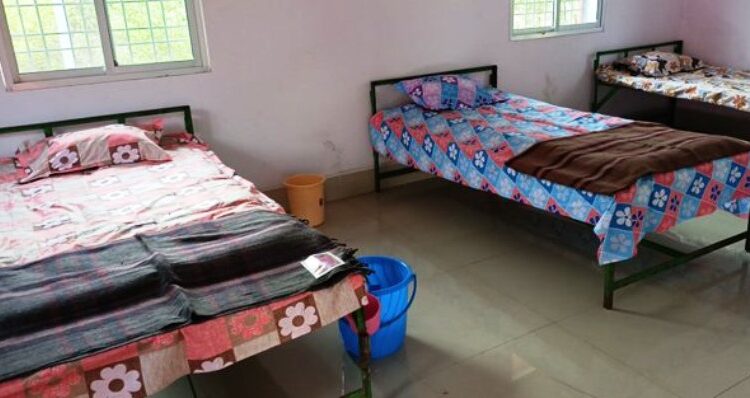 Paralakhemundi:  A 54-year-old returnee of Andhra Pradesh died at a quarantine centre at OAV  Allada in Odisha’s Gajapati district in wee hours today.

The deceased identified as Katti Krishna was a resident of Haripur village under Kashinagar block in the district. He was diagnosed with rectal cancer at Acharya Harihar Postgraduate Institute of Cancer (AHPGIC), Cuttack  four months ago and later discharged.

Reportedly,  the son of the deceased was working as a welder in West Godavari district of Andhra Pradesh for which Krishna and his wife were staying with him there. However, after the villagers objected their stay, the couple came back to Gajapati through an ambulance that was intercepted at a check point at Hadubhangi on May 19.

Later, he was kept at a cyclone shelter at BL Pur uder Siali Gram Panchayat (GP). However, villagers strongly opposed his stay at the shelter, following which he was again shifted to 100-seated Girls’ Hostel, OAV Allada the same day. He died while sleeping at around 4.15 AM today.

Collector Anupam Saha said he had no symptoms of coronavirus, for which his swab sample was not collected for testing. However, his funeral will be conducted as per the Government’s COVID-19 guidelines. Samples of all his family members will be collected for the test,  he added.

Puri: Snana Jatra of deities to be held with ‘minimum’ servitors