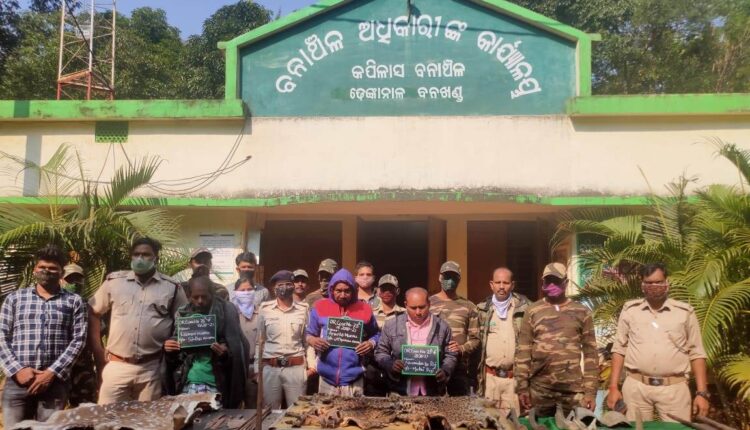 The accused have been identified as Salagaon Primary School teacher Narendra Digi of Jamunali village under Gondia police limits, and Anant Murmu and Laxman Murmu of Kalashpur village under Kankadahada block.

According to reports, the officials, acting on a tip-off, intercepted Digi near Deogaon under Kapilash Forest Range when he was carrying animal hides and body parts inside the side box of his motorcycle. While searching the vehicle, the officials recovered two leopard hides, elephant tusk, deer hide from the side box.

Later, a search was carried out at his house during which deer horn, bear teeth and nails, hunting weapons were seized. Digi told the officials that he had purchased the animal hides from Anant Murmu and Laxman Murmu. The three accused have been forwarded to court.

As many as five poachers were arrested from Kapilash Reserve Forest yesterday when they were roaming in the forest for hunting. Country-made guns and pangolin scales were seized from their possession.