Animals Sacrificed At Chhatar Jatra In Odisha Despite Restrictions 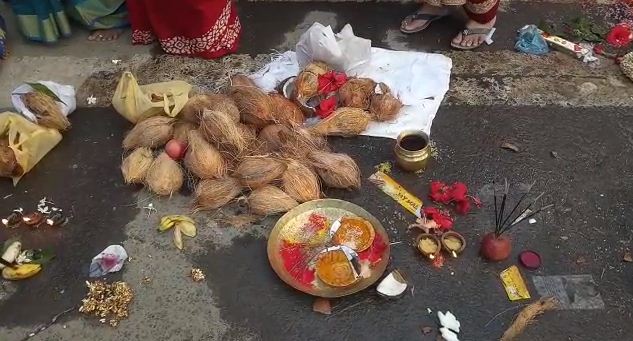 The ceremonial Chhatar of Goddess Manikeswari was taken out to the Jena Khala on the outskirts of the town from Manikeswari temple this morning. After performance of secret rituals, the Chhatar was taken out in a procession. The return journey of the Chhatar to the temple is known as Chhatar Jatra.

During the ceremony, thousands of devotees resort to animal sacrifice every year with a belief of fulfilment of their wishes. As per rituals, the ‘Mundabasa’ ritual of goddess Manikeswari is performed at the temple here on Ashtami tithi in Shukla Paksha in the Hindu month of Ashwina.

The district administration has made elaborate security arrangements for smooth conduct of Chhatar Jatra, for which ten platoons of police force were deployed.