Another Odisha MLA in soup after woman files harassment complaint 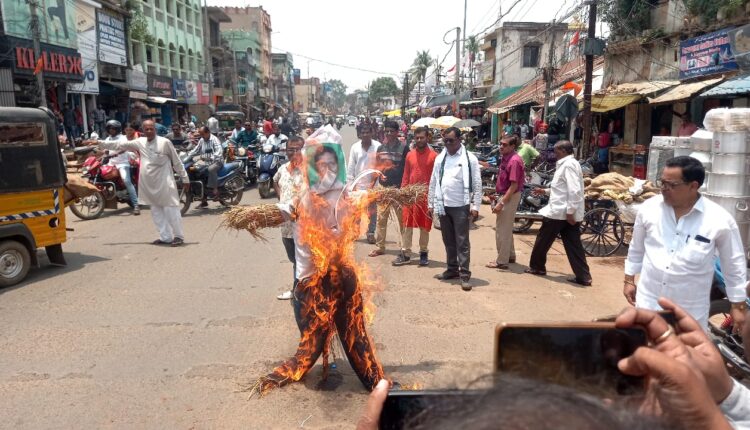 Bhubaneswar/Umerkote/Nabarangpur: Another MLA of Odisha is in trouble after BJP and Congress activists today revealed that a woman has lodged complaint at the Khandagiri Police Station in Bhubaneswar accusing him of sexually harassing her.

Few days back, a section media reported that a woman has filed police complaint against BJD MLA from Jharigaon, Prakash Majhi alleging that he has sexually exploited her. The legislator established a physical relationship with the woman for past three years on the pretext of marrying her. But later he refused to keep his words.

During separate pressers today the BJP and the Congress demanded the immediate arrest of the Jharigaon MLA and expulsion from the BJD party over the woman’s allegation.

At Umerkote, members of the District Congress burnt effigies of Majhi and demanding action against him.

In another presser, the BJP activists also alleged the State government has been a hypocrite. While the party MLA was immediately arrested for allegedly attacking a BDO, no action has been taken regarding the woman’s complaint against Jharigaon MLA. They also burnt the effigies of Majhi at Nabarangpur.