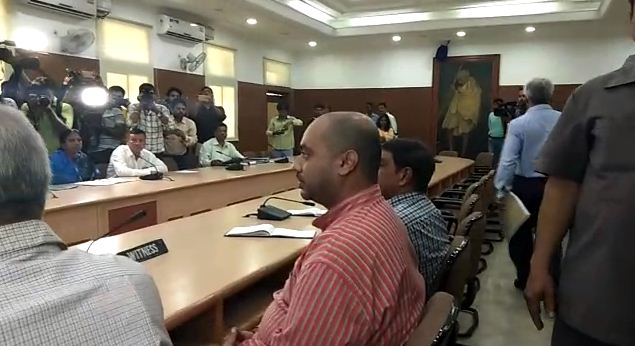 Bhubaneswar: Journalist Abhijit Iyer Mitra, who appeared before a House Committee of the Odisha Assembly today over his alleged anti-Odisha remarks, has been asked to reappear before it on November 2, informed Leader of Opposition Narasingha Mishra who heads the panel.

“Abhijit Iyer Mitra admitted to the charges levelled against him and sought an unconditional apology for his ‘stupidity’. He has been directed to depose before the committee and submit an affidavit in this regard,” said Mishra.

“After examining his affidavit, the panel will decide whether to accept his apology or not. Accordingly, the committee will then recommend the House to take action against him, if necessary,” he said.

Odisha Assembly Speaker Pradip Amat had on September 20 constituted a House Committee to probe the alleged derogatory remarks against the state, its culture and the lawmakers by the journalist.

Will close medicine stores if not acknowledged as COVID…