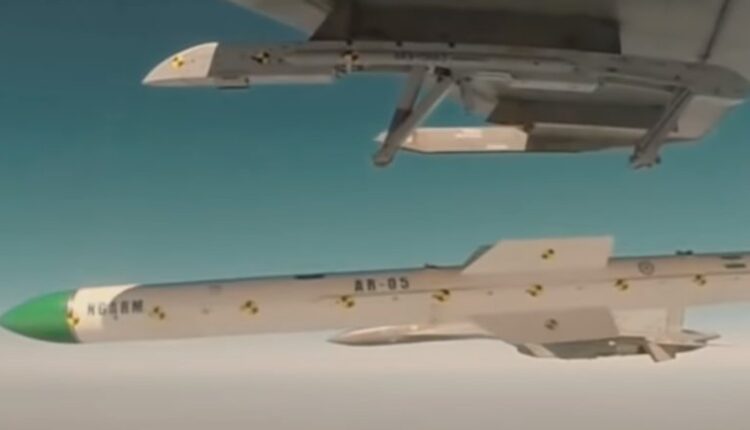 Indigenously developed Rudram anti-radiation missile was test-fired from Sukhoi-30 MK1 fighter aircraft at the Integrated Test Range (ITR) in Chandipur of Balasore district. It was successfully tested onto a radiation target located on Wheeler Island.

The missile has been developed by the Defence Research and Development Organisation (DRDO).

Union Defence Minister Rajnath Singh congratulated the DRDO on success of test-fire of the missile.

The New Generation Anti-Radiation Missile (Rudram-1) which is India’s first indigenous anti-radiation missile developed by @DRDO_India for Indian Air Force was tested successfully today at ITR,Balasore. Congratulations to DRDO & other stakeholders for this remarkable achievement.

The first indigenous air-to-ground missile of the country with a strike range of around 100 to 150 km can take down enemy radars. It weighs 140 kg and is powered by a dual-pulsed solid rocket motor.

It has INS-GPS navigation with Passive Homing Head for the final attack. The missile hit the radiation target with pin-point accuracy in the test-fire.

The Passive Homing Head can detect, classify and engage targets over a wide band of frequencies as programmed. The missile is a potent weapon for Indian Air Force (IAF) for Suppression of Enemy Air Defence effectively from large stand-off ranges.