Antidepressants up risk of death: Study 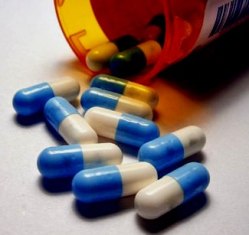 Toronto: Medications commonly prescribed to reduce depression and anxiety may increase the risk of death by preventing multiple organs from functioning properly, researchers have warned.

The researchers reviewed studies involving hundreds of thousands of people and found that antidepressant users had a 33 per cent higher chance of death than non-users.

Antidepressant users also had a 14 per cent higher risk of cardiovascular events, such as strokes and heart attacks, according to the findings published in the journal Psychotherapy and Psychosomatics.

“We are very concerned by these results. They suggest that we shouldn’t be taking antidepressant drugs without understanding precisely how they interact with the body,” said lead researcher Paul Andrews, Associate Professor at McMaster University in Ontario, Canada.

It is widely known that brain serotonin affects mood, and that most commonly used antidepressant treatment for depression blocks the absorption of serotonin by neurons.

It is less widely known, though, that all the major organs of the body – the heart, kidneys, lungs, liver – use serotonin from the bloodstream.

Antidepressants block the absorption of serotonin in these organs as well, and as such the medications could increase the risk of death by preventing multiple organs from functioning properly.

Since depression itself can be deadly – people with depression are at an increased risk of suicide, stroke and heart attack – many physicians think that antidepressants could save lives by reducing depressive symptoms.

“Our findings are important because they undermine this assumption. I think people would be much less willing to take these drugs if they were aware how little is known about their impact outside of the brain, and that what we do know points to an increased risk of death,” study co-author Marta Maslej from McMaster University.
(IANS)