Any sign of life on earth-sized planets? NASA’s James Webb telescope to find 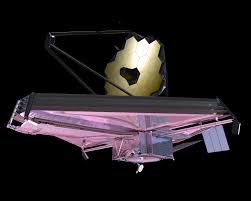 Washington: Finding signs of life on the earth-sized planets of the TRAPPIST-1 system and on Saturn’s moon Enceladus are among the science targets that NASA’s James Webb space telescope has following its launch and commissioning, mission officials have announced.

These specific observations are part of a programme of Guaranteed Time Observations (GTO), which provides dedicated time to the scientists that helped design and build the telescope’s four instruments.

“From the very first galaxies after the Big Bang, to searching for chemical fingerprints of life on Enceladus, Europa, and exoplanets like TRAPPIST-1e, Webb will be looking at some incredible things in our universe,” said Eric Smith, James Webb Space Telescope Director at NASA Headquarters in Washington.

“With over 2,100 initial observations planned, there is no limit to what we might discover with this incredible telescope,” Smith said.

NASA recently announced the discovery of the first known system of seven Earth-sized exoplanets around a single star. All of these seven planets around the TRAPPIST-1 star could have liquid water — key to life as we know it — under the right atmospheric conditions.

The broad spectrum of initial GTO observations will address all of the science areas Webb is designed to explore, from first light and the assembly of galaxies to the birth of stars and planets. Targets will range from the solar system’s outer planets (Jupiter, Saturn, Uranus, and Neptune) and icy Kuiper Belt to exoplanets to distant galaxies in the young universe.

“These observations by the teams of people who designed and built the Webb instruments will yield not only amazing science, but will be crucial in putting the observatory through its paces and understanding its many capabilities,” Ken Sembach, Director of the Space Telescope Science Institute, which will lead science and mission operations for Webb, said.