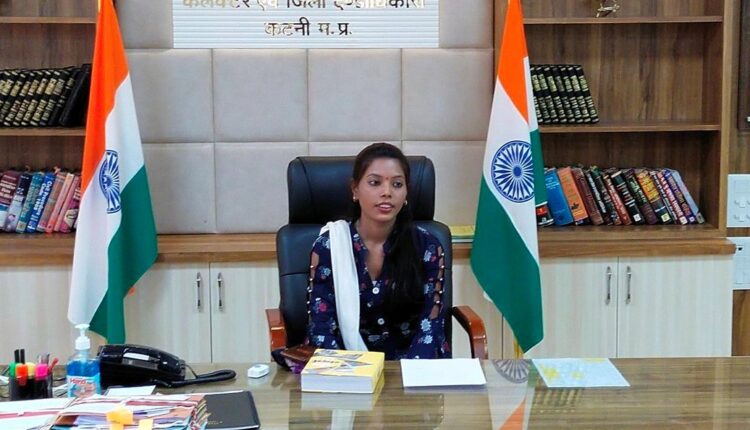 Katni (Madhya Pradesh): Archana Kewat, 21, the daughter of a vegetable vendor, who took on criminals who were teasing two minor girls and handed them over to the police, was on Monday appointed as collector of the district for a day in Madhya Pradesh’s Katni district.

Earlier this year, in January, Kewat had made headlines when she beat up miscreants who were teasing two minor girls. She got injured but handed over the miscreants to the police with the help of villagers.

Recognising her bravery, Madhya Pradesh Chief Minister Shivraj Singh Chouhan had recently felicitated Kewat. And now she was given the honour of becoming the collector for one day.

Kewat, a resident of Mehgaon Village in Katni district, wants to become an inspector. She has even applied for the inspector’s post but hasn’t been able to get the job so far.