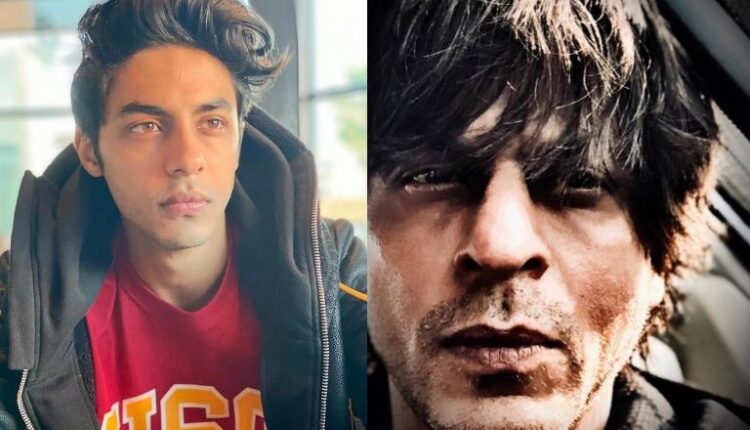 Mumbai: Bollywood star Shah Rukh Khan today met his son Aryan Khan at the Arthur Road Central Jail here. Aryan has been arrested by the NCB in a drugs case and lodged in the prison.

The meeting was an emotional one. Shah Rukh Khan asked Aryan if he was eating properly, to which he replied that he was not liking the jail food, reported India Today quoting jail sources.

Shah Rukh Khan also asked the jail officials if Aryan can have homemade food. The officials told Shah Rukh Khan that permission from the court is required for this, the report said.

The meeting lasted for around 15 minutes at the visitation section, during which Shah Rukh Khan tried to give strength to his son, it said.

There was a glass partition between them while the two spoke to each other over the intercom. Two jail guards were present at the spot, the report added.

Later in the day, an NCB team visited Shah Rukh Khan’s Bandra residence ‘Mannat’. An NCB official, who was part of the team, said the purpose of the visit was to give a formal notice saying if Aryan Khan has any other electronic devices, those must be handed over to the NCB for investigation.

The NCB team did not meet the actor or his wife Gauri Khan during the visit. The officials went to the reception, where they met Shah Rukh Khan’s manager Pooja. They handed over documents relating to Aryan Khan to her. After that, Pooja made some phone calls, signed the documents and gave those to the NCB, after which the team left, reported India Today.

Another NCB team today carried out a search at the residence of actress Ananya Panday at Khar West, Mumbai reportedly in connection with the drugs case. Ananya was summoned by the NCB to appear before it at 2 PM. She was summoned on the basis of WhatsApp chats found on the mobile phone of Aryan Khan. The NCB officials took the mobile phone of Ananya with them, the report said.