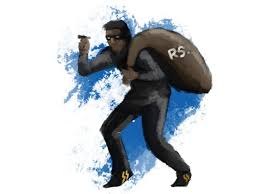 Balangir: In a major heist, armed miscreants looted gold weighing over 40 grams and Rs 40,000 cash from a house at Kudasinga village under Deogaon police limits in Balangir district last night.

Sources said around 15 miscreants came in two four-wheelers at around 11.30 pm and barged into the house of one Ujjwa Sahu. Later, they robbed the cash and the gold from the house by threatening the family with a gun and other sharp weapons.  Soon after, the dacoits fled the spot.

On receiving information, police reached the spot and began an inquiry into the incident. The cops also have collected CCTV footage of the incident, sources said.

Balangir lootgold and cash looted from house in Balangir