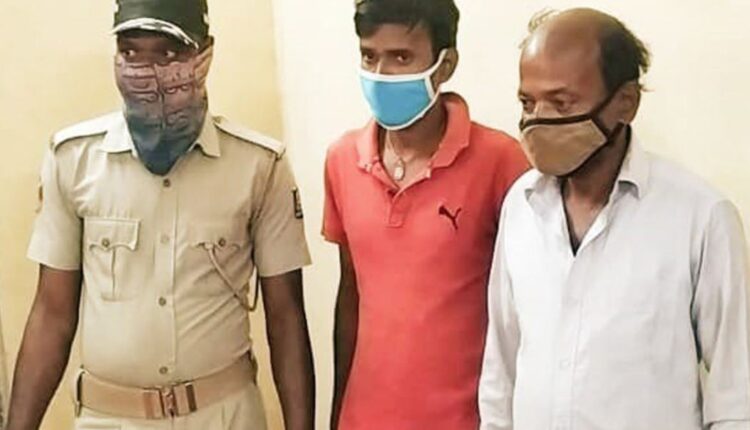 Cuttack: An arms dealer who never used mobile phone during the offence to remain untraceable and evade arrest, and his son were today apprehended in Odisha’s Cuttack.

On receiving information about illegal possession of arms by the two, a team of Choudwar police reached the railway overbridge near Birupa river and nabbed them, police sources said.

Babuli used to procure arms and sell those to criminals, sources added.

Several criminal cases under Arms Act are pending against Bauli at different police stations in Puri and Khordha districts.

Basing upon an important input ChoudwarPS arrested one professional arms dealer Babuli Maharana of Khurda & his son with seizure of two country made arms-01pistol and 01 sixer & 02 live ammunitions for the offences of possessing & supplying the same unlawfully to the antisocials. pic.twitter.com/MdmJZeRaMp