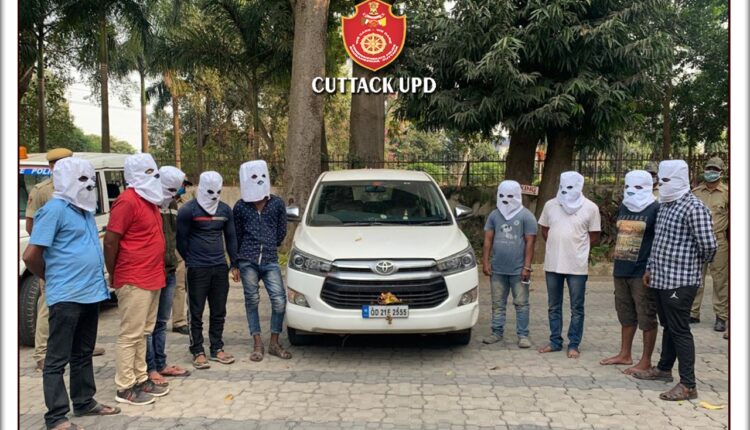 Cuttack: In a major breakthrough, the Commissionerate Police busted an arms smuggling racket and arrested 12 persons with a huge cache of arms and ammunition in the last 24 hours.

Acting on intelligence input, simultaneous raids were conducted jointly by Chauliaganj, Jagatpur, Malgodown and Markatnagar police with the assistance of a special squad. In total,  the cops seized  seven pistols, 35 ammunition and a four-wheeler from their possession.

During investigation, it was revealed that the accused supply arms and ammunitions to anti-socials for commission of various crimes, including extortion. The cops also found out that the accused have links with notorious gangster brothers- Sushant and Sushil Dhal Samanta- and are doing arms smuggling as per their instructions.

“Since the investigation is in progress, many more will come out to reveal the crime syndicate behind smuggling of arms and ammunitions,” said a release issued by the Commissionerate Police.