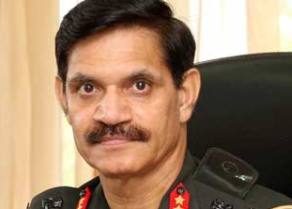 Army chief General Dalbir Singh on Wednesday visited the 29 Assam Rifles battalion and stressed on “relentless operations” to fish out the insurgents operating in the north-east.

The army chief was briefed on Sunday’s ambush — in which six soldiers of 29 Assam Rifles were killed by insurgents in Manipur’s Chandel district — as well as the ongoing combing operations and measures taken to neutralise insurgents of Corcom, the apex body of six proscribed underground organisations.

“The army chief stressed on the need to carry out relentless operations against the insurgents active in the region,” an official statement said.

General Singh also conveyed his condolences to the bereaved families and directed officials to ensure all support to them. (IANS)

No data to fix strength of judges: Law Minister Gowda

India is 5th largest producer of e-waste in world: Study