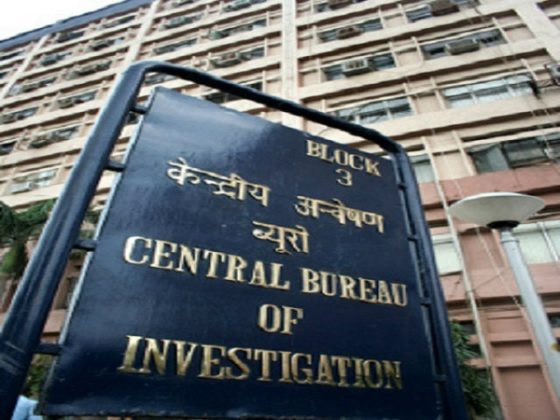 Bhubaneswar: The Central Bureau of Investigation (CBI) today claimed that arrested Odisha MLA had allegedly received huge amount in his wife’s account for the smooth functioning of a private Group of Companies for their activities in and around Cuttack.

“Investigation revealed that the said accused had allegedly received huge amount into the account of his wife from the CMD of private Group of companies/entities based at Odisha for their smooth functioning in and around Cuttack area,” said a press release issued by the CBI from New Delhi this evening while officially confirming the arrest of the Odisha MLA in an on-going investigation of chit fund case.

The CBI said in the release that it had earlier filed a charge sheet in this case against the CMD, Directors and the Companies and further investigation was continuing to look into the larger conspiracy and money trail angles as mandated by the Supreme Court.

Interestingly, the CBI in its press release uploaded in its website has neither mentioned the name of the Odisha MLA nor the name of the Group of Companies from whom the arrested MLA’s wife has received the said huge amount in her account.

Notably, BJD MLA Pravat Biswal was arrested by the CBI in the wee hours today and was subjected to marathon interrogation for his alleged transactions with Seashore Group’s CMD Prashant Dash before he was produced in the Special CBI court here and was taken on a five-day remand by the central investigating agency.