Arshad Warsi: Earlier you were an actor, now you’re a product 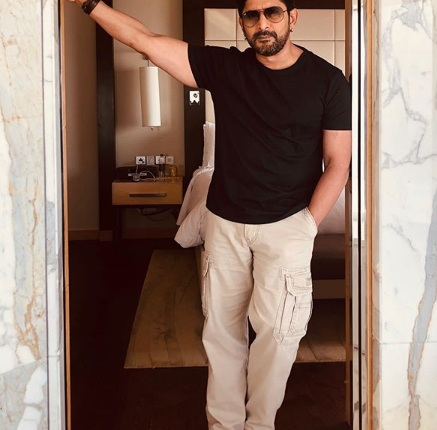 Mumbai: When he started off in Bollywood almost 30 years ago, all an actor needed to do was act. Now the scenario has changed. Actors are no longer just ‘actors. They are ‘products. They are ‘commodities that need to be ‘sold, feels Arshad Warsi.

Warsi started off as an assistant director to Mahesh Bhatt in “Kaash” (1987). He also worked as a choreographer before finally making his debut as an actor with “Tere Mere Sapne” in 1996.

These days a film’s fate is decided by the opening weekend box-office numbers, which was not the case earlier, notes the actor.

“The whole thing lies between Friday, Saturday and Sunday, that’s the sad part. A lot of movies need time. For example, if ‘Sholay‘ was released today it would not do well, because it did not do well at the time of release. It is because people gave it a chance, they went and saw and realised that it is a great film. It is sad that such facility is not there anymore. One doesn’t make cinema for the quality of cinema, films are now made for numbers. So, you put in things that will excite people for those three days,” he said.

In his 23-year-long acting career, the 51-year-old actor has worked in different genres but his most memorable roles are in comedy films. He has made Circuit in Rajkumar Hirani’s “Munnabhai” franchise one of the most memorable comic characters of all times in the history of Hindi cinema.

He has also worked in other comic franchises like “Dhamaal” (the latest being “Total Dhamaal”, which was declared a hit earlier this year) and the blockbuster “Golmaal” series.

“Comedy is tough. I have done one or two serious films and so many comedies. Still, I will say comedy is very difficult. Most people can’t do it. If you don’t do it well, then you look stupid. But I love comedy, it is something I enjoy doing,” he said.

The actor returns to the comedy genre with his latest, “Pagalpanti”, an Anees Bazmee directorial which hit theatres today. “Pagalpanti was a very good experience. There are a couple of reasons. First of all, he (Anees Bazmee) is a very good director. He writes from his head and is very easy to work with. Secondly, there is a nice bunch of co-stars, easygoing and with no ego complexes, which makes it easier. They are all good actors and good people. It was my first time with Anees Bazmee, so I was a little apprehensive about how it would be to work with him. But he gave me full freedom. I like to improvise a little and I got the freedom to do that,” said Arshad.

Asked, how has he evolved as an actor in all these years, he smiled and replied: “I don’t know whether I have become better. I could say I am more experienced now. I believe an actor is only as good as a director allows him to be. I could be good in one movie and bad in another. Acting has always been easy for me right from day one. It is something I enjoy. I don’t take any stress. I don’t think I am too good but I am not too bad either. I am not as good as many and I am better than a lot,” he summed up.