The drones will pray the chemical repellants in inaccessible pockets and over standing water, drains, etc. 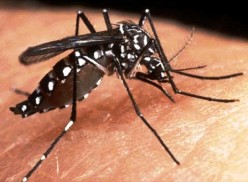 Bhubaneswar: With growing mosquito menace in the State Capital of Odisha, the Bhubaneswar Municipal Corporation (BMC) is stepping up efforts to take stock of the situation by deploying drones and augmenting sanitation measures across the city.

Official sources said the enforcement will be carried out for the next one month and include spraying of mosquito repellants and fumigation by deploying drones in remote areas. The drones will pray the chemical repellants in inaccessible pockets and over standing water, drains, etc.

Making the announcement, BMC Commissioner Vijay Amrut Kulange said as part of the drive, fogging machines and sanitation staff will be increased. The civic body will seek advice from scientific experts to understand the reasons behind the burgeoning mosquito population and what measures can be taken to effectively tackle the problem which also poses the challenge of growing insect-borne diseases.

The Cuttack Municipal Corporation (CMC) too is amping up measures to deal with the steep rise in mosquito population. CMC Commissioner Nikhil Pawan Kalyan said the civic body has increased the number of staff who will be engaged in spraying chemicals in drains, fogging and trimming or removing unwanted trees, grass and shrubs. Awareness programme among local residents will also be conducted  where benefits of using mosquito nets will be emphasised upon. A special squad has been formed for the purpose which will oversee the mosquito eradication drive in all wards, Kalyan said, adding that the menace will hopefully be curtailed in the coming days.

Fake medicine in Bhubaneswar: Around 300 strips of CLAVAM 625 seized from Ashok Nagar

Groove with Battle Cypher in Bhubaneswar on Dec 17