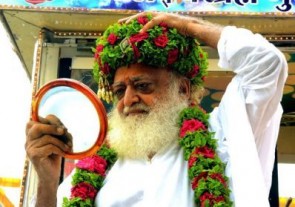 The health condition of spiritual guru Asaram, who is accused of allegedly raping a minor, was “stable”, a medical board set up by AIIMS told the Supreme Court on Monday.

The board told the bench of Justice A.K.Sikri and Justice N.V.Ramana that its “finding from the extent of completed evaluation reveal petitioner’s (Asaram) medical condition as ‘stable’.”

However, the seven-member board, in its report, said that the “coronary, carotid and prostate evaluation remained incomplete as the petitioner refused to undergo the requisite tests”.

Asaram was examined by the medical board for three days – September 19-21.

The top court had, on August 11, ordered Asaram’s check-up by a medical board of the All India Institute of Medical Sciences’ medical board, as he approached the court seeking interim bail to travel to Kerala for ‘Panchkarma Ayurveda’ treatment after Rajasthan High Court rejected his bail plea on August 9.

Rejecting the plea, the High Court had said that this was not a fit case for granting bail to the accused when the trial is almost at its fag end.

The apex court had also rejected his plea for interim bail on August 11. The same was again declined on August 29.

Asaram is lodged in the Jodhpur Central Jail since September 2, 2013, and is being tried under the provision of Protection of Children from Sexual Offences Act (POCSO).

The 72-year-old guru was arrested after a 16-year-old girl lodged a police complaint on Aug 20, 2013, accusing him of sexually assaulting her at his ashram in Jodhpur.

On an earlier occasion, Asaram was examined by a panel of AIIMS doctors and the medical board had opined that he needed no surgery and could be treated through medications. (IANS)